October 25, 2014 Daven Hiskey
This is a weekly wrap of our Daily Knowledge Newsletter. You can get that newsletter for free here. 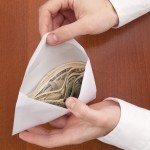 “Blackmail” has its roots in the early 16th century, first used by English farmers living on the England/Scotland border. It derives from the Middle English word “male” which itself is thought to derive from the Old English word “mal”. In Old English “Mal” is described as thus: “lawsuit, terms, bargaining, agreement”. Over time, the word “Mal” became “Male” which in Middle English roughly translated to either “Rent” or “Tribute”. As such, the rent paid by a farmer living on the Scottish border was known as “Silver Rent/Mail” because it was normally paid in silver. This gave rise to “White Money”… (more) 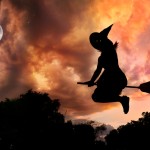 We’ve heard this one. To get high, of course! But seriously, it’s thought the idea of witches flying around on broomsticks came from the practice of concocting “witches flying ointment” (read  hallucinogens) and then using a broomstick to administer the drug to certain sensitive regions, thereby bypassing some of the negative side effects these hallucinogens cause when taken orally. Until quite recently, rye was the primary grain from which bread was made. Susceptible to a disease known as ergot, caused by the fungus, Claviceps purpurea, rye was so commonly infected with it that until the 1850s, people thought the purple ergot that… (more) 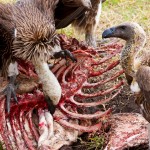 As an animal that is synonymous with death and disease, the vulture understandably has a poor reputation in many cultures across the globe, despite, ironically enough, being a huge boon to humans in terms of being able to reduce instances of death and disease. While it’s important to note that many animals eat carrion, vultures are fairly unique in that they’re able to eat carrion that has succumbed to the effects of decay and disease, a feat few stomachs in the animal kingdom can match. As an idea of just how ridiculously hardy vultures are, experiments have shown that they are all but immune to botulism and that they can happily chow down on the flesh of an animal coated in Bacillus anthracis which is better… (more) 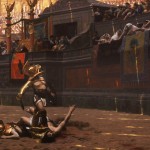 There are few hand gestures out there as well known or ubiquitous as the humble thumbs up. But why is this seemingly innocuous gesture so widespread; how did it come to mean “everything is okay” in so many cultures and where did it come from? The commonly told origin is that it came from the Romans and their gladiatorial games: thumbs up meant live and thumbs down meant die. This is unequivocally false. While it is true that in the days of gladiatorial combat in the Colosseum and the earlier (and significantly larger) Circus Maximus, the audience could decide the fate of a fallen gladiator with a simple hand gesture, this isn’t typically depicted accurately and has little to do with… (more) 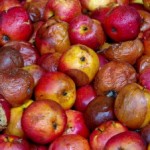 This isn’t just a popular metaphor, it’s actually true. One bad apple will absolutely quickly spoil an entire box of apples. The obvious way this can happen is simply if one of the apples is infested with some fungi or critters that reproduce and spread throughout all the apples in a box, ruining them as they go. The less obvious, but perhaps even more common, way this can happen has to do with a hydrocarbon chemical known as ethylene. Ethylene is a hormone produced and released into the air by most plants, including from the fruit of certain plants, such as apples, bananas, pears, etc. So what does this have to do with one “bad” apple? The “bad” apple is usually one… (more) 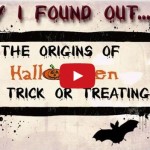 The Origins of Halloween and Trick or Treating

The majority of the traditions commonly associated with Halloween today are borrowed or adapted from two different festivals: The Celtic festival Samhain (pronounced SAH-win or SOW-in), meaning “summer’s end” and the Catholic Hallowmas… The practice of wearing costumes or masks during this sort of end of Autumn celebration probably comes from a Celtic New Year’s Samhain tradition. During Samhain, young men impersonated evil spirits by dressing up in white costumes with blackened faces or masks. It was believed that during the… (more) 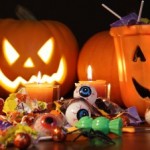 Remember your mom sorting through your Halloween candy as a kid, looking for signs of ‘tainted’ candy laced with poison, needles or razor blades?  It turns out, unless she was just using it as an excuse to steal the good candy before you got it, she was wasting her time.  You are more likely to get attacked by a samurai sword wielding bear while trick or treating than be poisoned by a stranger.  Further, it’s more likely that your Halloween candy will be poisoned or otherwise tampered with by one of your parents or family members, than a stranger.  Think about that while your mom is “checking out” your candy before letting you eat it. 😉 So why all the worry?… (more) 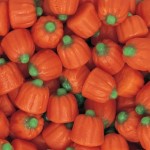 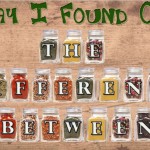 The Difference Between… [Food Edition]

The Difference Between Fruits and Vegetables: Would you believe that beans, corn, bell peppers, peas, eggplant, pumpkins, cucumbers, squash and tomatoes are all fruits? That’s because, botanically speaking, fruits are the part of flowering plants that contain the seeds and are the means by which such plants disseminate those seeds. So what about vegetables? Botanically speaking… (more)