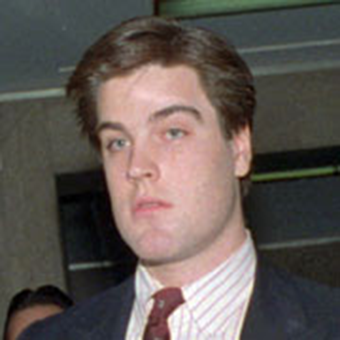 During the early morning hours of August 26, 1986, a cyclist out for an early ride discovered the half-nude and badly bruised body of an attractive young woman under a tree behind the Metropolitan Museum of Art in New York City. It was obvious she was dead.

The unfortunate victim was eighteen-year-old Jennifer Levin, who had been drinking at Dorrian’s Red Hand, an Upper East Side bar frequented mainly by prep school kids. The bar was known to serve under-age kids. Hooking up was common, and patrons would sometimes wander off to have casual sex in nearby Central Park. Jennifer had the bad luck to hook up with 19-year-old Robert Chambers.

Chambers was handsome and charming, and no-one knew this more than Chambers. A college drop-out, he had a history of stealing to maintain his drug habit, even daring to take money from a teacher that led to his expulsion from an exclusive private school. But Robert Chambers had a way with the ladies, and around 4:30 a.m. on August 26, Jennifer Levin was the lucky girl to leave the bar with him. The two were casually acquainted, so Levin had no reason to fear being alone with Chambers.

When the cyclist had made his grisly discovery around two hours later at 6:30 a.m. and after the police had arrived, a witness observed a man fitting Chamber’s description observing the scene from afar. Police questioned Chambers later that day after talking to Levin’s friends who were present the previous evening.

Initially, Chambers denied any knowledge or involvement of the crime, but as the day progressed, he admitted he may have accidentally killed Levin during mutually consensual rough sex.

Chambers reportedly told police : “She hurt me. I told her to stop. She wouldn’t.” He asserted he hit her once.

The state of Levin’s body and the autopsy report tell a different story. According to the coroner, Jennifer’s death was caused by asphyxia due to strangulation. Her body was covered with bites and bruises and her fingernails were well damaged from clawing at her attacker, which was a good indication that she fought hard for her life.

Robert Chambers, who was covered in scratches “from his cat,” was charged with second degree murder.

The trial that followed was highly-publicized. In the press, it was as much about the culture of privileged kids drinking under-age, doing drugs and having casual sex as it was about the needless death of an 18-year-old girl with her whole life ahead of her.

While released on bail, Chambers was filmed at a party doing such things as ripping a Barbie doll head off and joking, “Oops! I think I killed it!” as well as mimicking choking himself for the amusement of the scantily clad girls with him at the party. One of the girls there, Shawn Kovell, would visit him weekly in prison and later go on to live with Chambers when he got out, as well as help him run a cocaine operation.

After the jury had reached an impasse on March 25, 1988, Chambers pled guilty to manslaughter and was sentenced to five to fifteen years in prison.

Chambers was a problem child in the prison system as well, getting into trouble over drug and weapons infractions that earned him five years in solitary confinement. He was released in 2003 after serving his full sentence, but ended up back in the pokey again for 19 years in 2008 for selling drugs. By all accounts, it couldn’t have happened to a nicer guy.