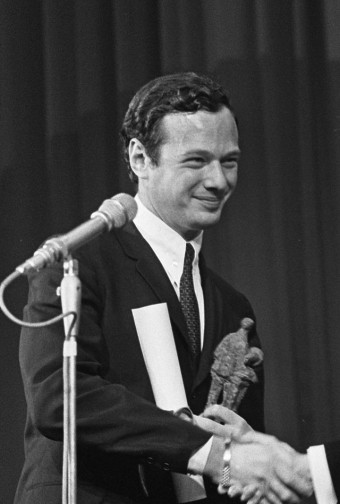 On August 27, 1967, the man who launched the career of the most celebrated rock band of all time was found dead in his Sussex, England home of what was believed to be an accidental drug overdose. He was just 32 years old.

When Brian Epstein began his association with the Beatles in 1961, he knew as much about band management as they knew about professional recording. But he did have a measure of business savvy and boundless enthusiasm. Along with producer George Martin, he helped the Beatles transition from provincial obscurity to unprecedented global success.

On the bank holiday weekend of August 25-27, the Beatles were in Bangor, North Wales, with guru Maharishi Mahesh Yogi, who who later be the impetus for the song Sexy Sadie. Brian had stayed behind, choosing instead to spend the weekend in Sussex. He left his London home during the afternoon of August 25, and met up with his assistant Peter Brown and another business associate, Geoffrey Ellis, later that day.

Brian had also invited a new acquaintance over that evening, but he was a no-show. Disappointed and a bit drunk, Epstein decided to drive back to London leaving his friends – and a taxi-full more that would show up later – at his Sussex digs. Midday on Saturday, Brian called Peter Brown in Sussex: “He called late in the afternoon and was speaking in a woozy voice. He apologized for not coming back and maybe letting us worry. I suspect that when he went back to London he did go out, cruised the West End for a bit and then went home. I urged him to come back to the country. But there was no way he could drive back because he sounded pretty awful, and I suggested him coming on the train. It was an unlikely thing for him to do but it was the only thing I could think of at the time.” (-Peter Brown “The Brian Epstein Story”)

By Sunday morning, Epstein’s housekeepers became concerned when they couldn’t rouse him by calling his name and knocking on his bedroom door, so they called his assistant Joanne Newfield. She arrived at his home shortly after, and when she also couldn’t get a response from Brian she called his physician John Galway.

They broke down the bedroom door and their worst fear was confirmed. Brian was dead.

An inquest ruled that the cause of Epstein’s death was accidental, caused by “incautious self-overdoses” of the sleep aid Carbitral.

Brian Epstein’s passing had a devastating effect on the Beatles. After his death, Paul McCartney, for all intents and purposes, took the reins, leading to resentment from his band mates and their first less-than-stellar reviews (Magical Mystery Tour, for starters.) McCartney’s enthusiastic, school marm-ish direction did not pass muster with the other Fabs, who resisted Paul’s suggestions often just because they found his manner so grating.

John Lennon saw Brian’s demise as the first nail in the Beatles’ coffin. As he told Rolling Stone magazine in 1970: “After Brian died, we collapsed.”