This Day in History: August 1st 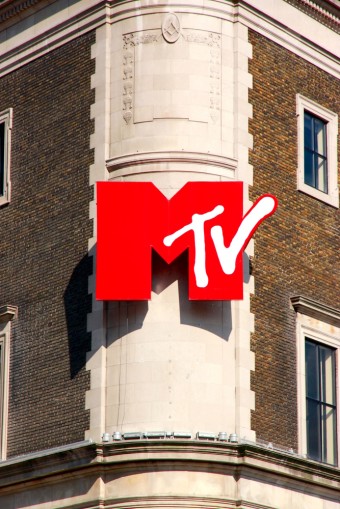 “Ladies and gentlemen, rock and roll.” These were among the first words spoken when MTV, or Music Television, debuted on the airwaves at 12:01 a.m. on August 1, 1981. The first video played by the fledgling channel described the effect MTV would have on the music industry accurately and succinctly – “Video Killed the Radio Star.”

When MTV launched in the summer of 1981, it was only available to cable subscribers in parts of New Jersey. Within a few short years, MTV would become a global cultural phenomenon that revolutionized the way music was marketed. For the first time, fans had a chance to see their favorite artists up-close in way that was only possible during live performances previously.

During the early days of MTV, the 300 or so videos provided free by the record companies were introduced by on-air hosts called VJs (video jockeys). The original personalities presenting the videos 24-hours-a-day seven-days-a-week were Nina Blackwood, Alan Hunter, J.J. Jackson, Mark Goodman and Martha Quinn. This was before being completely insipid, under the age of 20, and /or composed of least 75 percent silicone and plastic was a pre-requisite for being an MTV personality. (You only had to be semi-insipid.)

I Want My MTV! became one of the most successful ad campaigns of all time and the MTV logo one of the most recognizable in history. Both were launched within the channel’s first year. The promotional clip of a flag bearing the MTV logo being staked on the moon by two astronauts to the now iconic guitar riff became a pop culture fixture as well.

Way back in the day, the closest things to music videos were called “promo films” – usually short films of live performances sent out when bands couldn’t perform live. (The Beatles, always ahead of the times, did more artsy and creative promo films long before MTV.) So when MTV began, most of the videos available were of low production value and therefore pretty cheesy.

MTV changed all that. Videos became stylish, slick – and an integral part of selling records. Bands like Duran Duran and singers like Madonna relied heavily on their visual impact, and as a result enjoyed incredible success thanks to the popularity of their videos on MTV. Veteran artists like Rod Stewart and Aerosmith, who were shrewd enough to embrace this new medium, found themselves more popular than ever.

The influence of MTV was so pervasive during the 1980s that it spilled over into other genres of television. Many shows adapted the use of hand-held cameras and quick-cut editing to mimic rock videos’ frenetic, neon, hip style, and before long everything on TV resembled MTV.

By the 1990s, MTV rolled with the times and was on the forefront of the “Grunge” revolution, playing Nirvana, Pearl Jam, Alice in Chains, Soundgarden, Stone Temple Pilots and other great bands of the era. They also introduced the reality program “The Real World, “(when it actually was semi-believable), “Beavis and Butthead,” and the absolutely superb acoustic series “Unplugged.”

But then it happened. MTV stopped airing videos, and its programming became all about annoying rich kids and their annoying lives. Just endless, cookie-cutter reality shows such as “The Hills,” “Laguna Beach,” “My Super Sweet 16,” and other dreck that results in the almost unbearable need to reach into the screen and start indiscriminately slapping people silly.

So, if you know that the “M” in MTV stands for music, and if you can remember the halcyon days when MTV actually played music videos and nothing else, come over and reminisce with the old timers while watching the beginning of MTV. As for the rest of you, get off my damn lawn; you crazy kids with your rap music.