This Day in History: August 4th 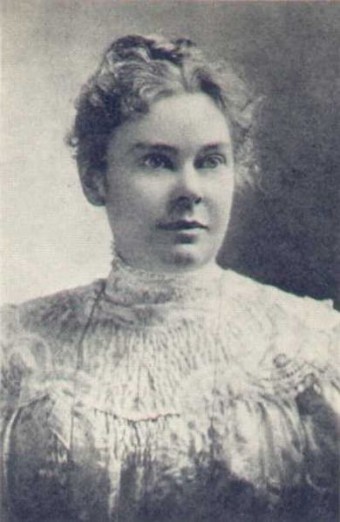 Lizzie Borden took an axe,
And gave her mother forty whacks;
When she saw what she had done,
She gave her father forty-one.

Most people know this rhyme about Lizzie Borden, but far fewer know the fact that she was acquitted of any crime. (The “whack” count is also over-stated, but we’ll get to that as well.) The crime and subsequent trial was covered by newspapers nationwide, but in spite of the intense interest, to this day there is still doubt as to Lizzie’s guilt or innocence (though most people think she’s guilty as sin.)

Lizzie Borden was born in 1860 in Fall River, MA. Her father Andrew was a successful investor and businessman. Her mother passed away when she was two years old and her father remarried. Unfortunately, Lizzie and her older sister Emma disliked their stepmother Abby intensely, and resented their father for his miserly behavior in spite of his great wealth. Despite these family tensions, Lizzie seemed perfectly normal and friendly to those outside her family.

Andrew Borden was lying in a pool of gore on the couch in the family’s parlor. Seemingly caught off guard, the old man had been struck with a hatchet ten times until his face was unrecognizable. But Andrew wasn’t the only victim. A neighbor searching through the house for anything unusual found his wife Abby dead in an upstairs bedroom. Like her husband, she had been hacked to death. Abby had suffered 19 hatchet blows, and her head was smashed to pieces.

At the time of the murders, only two people aside from the victims were in the home – Lizzie and the maid. The maid was cleared early in the investigation – leaving only Lizzie as a suspect. She was placed under arrest a week after the murders.

A hatchet that was assumed to be the murder weapon was uncovered in the basement of the Borden home, but Fall River police were skeptical of this new-fangled fingerprint identification mumbo-jumbo, and refused to have it tested for prints. Even though Lizzie had attempted to purchase poison before the murders and had burned a dress the week between the killings and her arrest (she claimed it was stained with “paint”), the jury acquitted her after less than two hours of deliberation.

For starters, Borden’s defense attorney was hardly fresh out of law school. Her lawyer, George Robinson, was the former governor of Massachusetts, and he prevented the majority of the most damning evidence against his client from ever reaching the eyes and ears of the jury. (For example, they never heard about the aborted attempt to buy poison.) This was also an era when a jury would find it almost impossible to believe that a Christian lady of her social class – a Sunday school teacher no less – could be capable of committing such a heinous act against her own parents.

So Lizzie walked away a free woman, and a very wealthy one at that. She was finally able to live in the manner she believed she deserved but had been deprived of by her stingy father. She and her sister Emma lived in a mansion until 1905 when they had a falling out and Emma moved away.

Lizzie Borden died on June 1, 1927 in Fall River, MA. She was buried in Oak Grove Cemetery next to her parents.