When Online Gamers Contributed to a Major Scientific Discovery 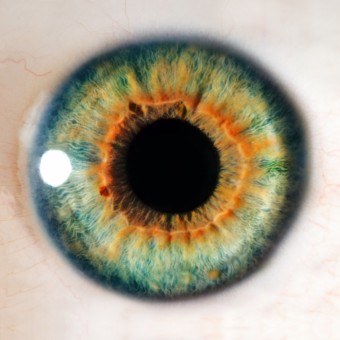 Tapping into people’s insatiable appetite for new ways to screw around and waste time, recently some Ivy League researchers made a key element of their work into an online game.

In order to solve the riddle of how the eye perceives motion and direction, the neuroscientists first needed to create a map of the retina’s neural pathways – out of its daunting number of possible connections. Knowing that many hands (and touchpads) make light work, they developed a program where online gamers used their unique skill sets to map those connections – and do something productive in spite of themselves.

Eyes Do More Than Just Seeing

A popular misconception holds that perception happens entirely in the brain, and the billions of neurons in the body are merely messengers that send raw data to the central processor. In fact, at least in mammals, the neurons in the retina analyze complex information well before that data is sent on to your bean.

This happens because, depending on the type and location of the neural cell in the retina, it will be triggered by different kinds of stimuli, such as light or motion. In a 1964 study, it was found that certain groups of nerve cells in the retinas of rabbits were even triggered by size, direction and speed. [i] In fact, for some cells, only movement in a certain direction would trigger them, such that movement in the other direction would not – a process termed direction selectivity.

More than one cell is needed to determine direction, and together they conduct at least a primitive analysis of data prior to sending it on through the optic nerve to the brain.

However, until quite recently, no one was precisely sure how these various neural cells connected and communicated.

Cells in the Retina

These starburst cells (think of a bicycle wheel and its spokes) have numerous tiny filaments (called dendrites) extending out in a myriad of directions, making complex connections and pathways, that are difficult to track. Eventually, though, information is sent from the starburst to a collection of nerve cells (called a ganglion), which ultimately sends the partly analyzed data to the brain.

Making a Game out of Science (and Scientists out of Gamers)

Before any connections could be mapped, a high-quality 3D image of the retina had to first be produced. Initially, a mouse retina was sliced into many super-thin pieces and these were scanned by an electron microscope. After they were put together, a 3D image was created, and this was then turned into an EyeWire game where “players are challenged to map branches of a neuron from one side of a cube to the other.  Think of it as a 3D puzzle. Players scroll through the cube (measuring about 4.5 microns per side or ~10x smaller than the average width of a human hair) and reconstruct neurons in volumetric segments with the help of an artificial intelligence algorithm developed at Seung Lab.”

For this Starburst Challenge, the best 2,000 gamers were able to successfully map enough of the retina for the researchers to discern at least one of the pathways used in direction detection. The scientists were so appreciative of the contributions of their gamers, the EyeWirers were included as co-authors in the academic paper where the findings were published.

How the Retina Detects Motion

When light moves into view, it stimulates the photoreceptors, which cause both types of bipolar cells to fire; frequently, the messages from the two types of cells along a dendrite will reach the starburst cell at different times (in no small part due to BC2’s greater time delay).

However, when an object in view moves along the direction of a given dendrite, the messages sent from its two types of bipolar cells (BC2 and BC3) hit the starburst cell at the same time, which in turn will be sufficiently impressed that it sends a signal to its ganglion cell: “Basically telling the brain that the object is moving in a direction determined by the orientation of the strongly firing dendrite.”

The study’s authors warn that only a small fraction of the retina’s pathways have been mapped, and that there are likely other neural cells involved in motion detection.

Not to be limited to just sight, EyeWire hopes to map all of the brain’s connections (called the connectome), and a new project is underway to trace the neural pathways that link specific scents to emotional responses.