The Origin of the Phrase “Mind Your Own Beeswax” 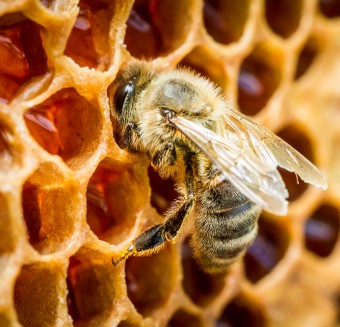 Today I found out the origin of the phrase “mind your own beeswax.”

There is a popular story that says back in the 18th and 19th centuries, women who suffered from disfiguring marks left by small pox used beeswax to smooth out their complexion. One suggested theory is that if someone got too close or was staring too long, a woman would say “mind your own beeswax,” as in, “stop staring at mine.” Another is that the beeswax would start to melt if a woman sat too close to the fire, and their companions would have to tell them to “mind their own beeswax” which was dripping off their chins.

Beeswax has been commonly used in cosmetics for years, most notably in Burt’s Bees products, but this origin story is pure myth. The story started being circulated by a chain e-mail called “Little History Lesson” which made the rounds in 2000.

The first record of “mind your own beeswax” actually appears in 1929 in a children’s book, with additional early records following in 1934 and 1939, quite a few years after women were supposedly slathering wax on their faces and coining popular expressions about it.

Aside from there being no documented cases of beeswax being used as a remedy for pockmarks, there are documented medicines in their place. Pockmarks were considered to be a problem, but instead of wax, women would use brightly coloured patches of cloth and stick them on their faces with adhesive to cover the marks. This sounds a little ridiculous, but it would probably sound pretty odd to someone from the 18th and 19th centuries to hear that people today inject botulinum toxin type-A (a.k.a. Botox) into their faces to improve their look. Another trick they used back then was face powder made from lead flakes, which might have covered up their scars but wasn’t exactly beneficial to their health.

There is no evidence to suggest that “beeswax” is anything more than a funny, and convenient, substitution for “business.” The phrase “mind your own business” has been around for a long time, and is incredibly straightforward: it is a phrase to tell someone to pay attention to their own affairs rather than yours. It’s thought that changing “business” to “beeswax” probably softened the phrase, making it sound a little less harsh.

One etymologist, Mark Forsyth, has noted that the word “beeswax” was slang for “tedious bore” in the 19th century. Therefore, the phrase “mind your own beeswax” might in fact be “mind your own, beeswax.” That is, “nose out, you bore.” However, Forsyth admits that the substitution theory carries a lot of weight too, since the words “business” and “beeswax” sound quite similar.