January 5th: Alexandre Dumas Fights in His First Duel, During Which His Pants Fall Down 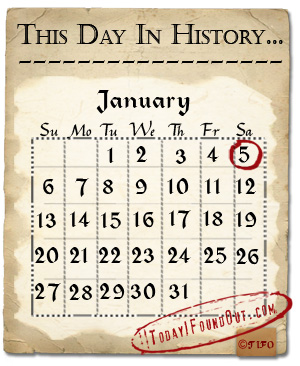 On this day in history, 1825, on a bitter cold day, a young Alexandre Dumas, soon to be famed playwright and novelist and current son of Thomas-Alaxandre who was once one of Napoleon’s generals, fights in his first duel. During the duel, Dumas successfully defeated his opponent almost immediately, but, according to his memoirs, not before having his pants fall down and all present having a good laugh at him.

The duel was instigated a few days before it took place. Dumas was having dinner at the Palais-Royal with a group of his friends. After eating, they decided to head out to smoke and play billiards at a local cafe. While at the cafe, a soldier who was playing billiards made a joke at Dumas’ expense, particularly making fun of Dumas’ cloak and boots. Like any good Frenchman of the day, Dumas didn’t take this slight on his honor lightly and a duel was set for a few days later, much to the chagrin of Dumas’ friends who didn’t fancy him going up against a trained soldier.

Dumas proceeded to practice shooting with his second and proved a good shot, but this turned out for naught, as it was decided the duel would be fought with swords. Luckily, Dumas was not only a great shot, but also a decent enough fencer, though his confidence in this arena was much less than with a gun. At the appointed time, Dumas showed up for the duel armed with his father’s sword, but his rival was nowhere to be found. After further investigation, it was discovered that his opponent had slept through the time of the duel, so it was rescheduled for the following day at a quarry near Montmartre in Paris.

On the day of the duel, it was extremely cold and there was significant snow on the ground. Once a suitable location within the quarry was chosen, Dumas’ opponent asked that Dumas take off not only his jacket, but also his vest and shirt. While doing this, Dumas also removed his suspenders, at which point his pants fell down due to his belt buckle being broken. A crowd of quarry workers that had gathered had a good laugh at Dumas’ expense over this, but this time he was at least sensible enough not to challenge them all to duels. Rather, he simply tied up his pants with his suspenders and the two opponents went en-garde.

Once the duel began, Dumas immediately managed a strike on the man’s shoulder (the soldier, apparently, was a very poor fencer). His opponent was not seriously wounded by Dumas. However, the man tripped on a root and fell after jumping back in surprise. By the man’s own admission, he jumped back from astonishment of how cold the blade was on his skin, rather than the blow Dumas delivered (Dumas had previously placed the tip in the snow while partially undressing). Now on the ground, rather than continue the duel, the soldier yielded and the duel was over without anyone being killed or seriously injured. This is lucky for us, as The Count of Monte Cristo particularly is a phenomenal book (my personal favorite of any I’ve read) and it would have been a shame for Dumas to die at the young age of 23 and not have the chance to pen that work, along with some aid from ghostwriter Auguste Maquet, some 19 years later.