This Day in History: May 13th 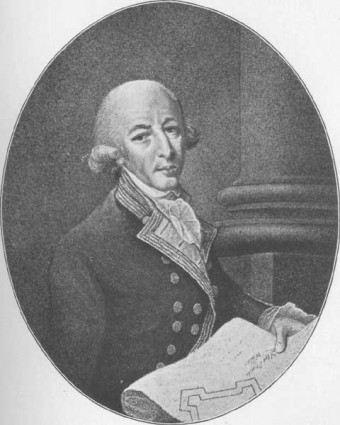 On May 13, 1787, a fleet of 11 ships under the command of Admiral Arthur Philip set sail from Portsmouth, England bound for Botany Bay, Australia. The passengers were convicts being sent to the far-flung corner of the empire to colonize it, and – hopefully – for rehabilitation under the governance of Admiral Philip.

Arthur Philip was born in 1738 to a humble London family. When he joined the Navy, he rose through the ranks on his own merits rather than with the patronage of a powerful mentor, which was so common during his time. He was a man of vision and a self-motivator – perfect for the job at hand.

When the new governor of New South Wales, Arthur Philip, and his band of transplanted felons landed at Botany Bay on January 18, 1787, he couldn’t help but be a bit disappointed when he saw the conditions there were too barren, sandy and devoid of fresh water to support a new settlement.

Undeterred, the fleet headed north to the next inlet, which was much more suitable for colonization, and dropped anchor on January 26, 1788 (now known as Australia Day), in the spot now known as Sydney Harbor.

Governor Philip was vested with complete authority by the British crown over the inhabitants in the eastern half of Australia. The miles between Britain and Australia, coupled with Britain’s indifference to its uncivilized, far-distant colony, increased Philip’s responsibility – and autonomy – all the more.

Despite his absolute power, Philips governed humanely and fairly. He understood the good sense of rewarding good behavior as well as punishing the bad, and contemporary sources report that the convicts generally responded well under his leadership. Even in times of great privation, Governor Philips managed to maintain a sense of order and avoided any outbreaks of rebellion or despair.

The Governor had been given certain instructions by the Home Office, including the order to establish peaceful relations with the native Aboriginal people, but nothing was said about respecting their land rights. As far as the British were concerned, Australian land was terra nullius, or belonging to no-one, or up for grabs.

The British colonists wanted peaceful relations with the Aboriginals people, so they captured a few to force them to learn English and act as interpreters. They made no secret that they found the natives uncivilized and inferior, so tried to teach them British culture.

To extend the hand of friendship further, the colonists began taking their land, and when the Aborigines attempted to get their stuff back, the Brits had their soldiers shoot them. Now that’s how you win hearts and minds.

On December 11, 1792, Philip sailed for England to seek medical attention for a pain in his side that had been bothering him for some time. He would never return to Australia again. He died on August 31, 1814, just months after being promoted to Admiral of the Blue in the Royal Navy.