April 26, 2014 Daven Hiskey
This is a weekly wrap of our Daily Knowledge Newsletter. You can get that newsletter for free here. 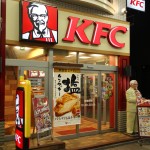 Kentucky Colonel is the highest honor that can be bestowed by the Commonwealth of Kentucky. (Incidentally, if you’re curious: Why Colonel is Pronounced “Kernel”) To be named a “Colonel” is to be recognized for “outstanding service to community, state, and nation.” The sitting governor of Kentucky, or the Secretary of State of Kentucky, are the only ones who can bestow such an honor onto an individual. These colonels are “Kentucky’s ambassadors of goodwill and fellowship around the world” and are “people from all walks of life.” Luminaries such as Muhammad Ali, Jim Beam, Fred Astaire, Betty White, and Winston Churchill are among the eclectic mix of people who have been named a Kentucky Colonel. But there was one person who took the honor of “Colonel,” something he was actually awarded twice, and made it… (more) 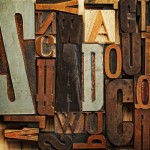 You already know that vowels in the English alphabet are a, e, i, o, u, and sometimes y, while the rest of the letters are called consonants. But did you ever ask yourself why the letters were divided into two separate groups? Basically, a vowel is a sound that is made with the mouth and throat not closing at any point. In contrast, a consonant is a sound that is made with the air stopping once or more during the vocalization. That means that at some point, the sound is stopped by your teeth, tongue, lips, or constriction of the vocal cords. The difference explains why… (more) 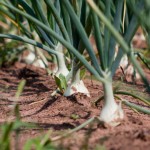 Remember that scene in the movie Trading Places where Eddie Murphy and Dan Aykroyd bankrupted those two old rich guys by cornering the frozen orange juice market? It turns out that a guy actually once did make many millions of dollars by doing pretty much exactly as they did in the movie, only instead of orange juice, he bought onions… millions upon millions of onions. Besides getting filthy rich in his clever little scheme, he inspired the Onion Futures Act, which banned selling onion futures in the United States.  Prior to his stint on the commodities market as the king of onions, Vincent Kosuga was an unimposing, 5 ft 4 inch tall onion farmer who had turned an unwanted 5000 acre patch… (more) 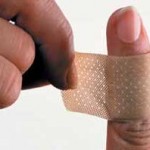 The generally accepted reason paper cuts are so painful primarily lies in the fact that you usually get them on your fingers, particularly your fingertips.  Fingertips and hands have significantly more nociceptors (nerve fibers) per square millimeter than most of the rest of your body, such as your legs, arms, stomach area, etc.  This ends up making cuts on your fingertips feel significantly more painful than cuts elsewhere, even when they are produced by paper or similar objects. So that’s fine for the reason why paper cuts hurt so much more than other cuts on the rest of the body, but why do paper cuts seem to hurt more than other types of cuts on the hand?  This is thought to be… (more) 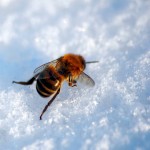 As cold-blooded creatures, insects are particularly susceptible to winter’s freezing temperatures. To survive, this class of animals has developed a wide variety of adaptations, including long migrations, creating their own anti-freeze and even purposely freezing portions of their bodies. Migration: Perhaps the best-known migratory insect is the Monarch Butterfly. Each fall, between August and October, this insect packs up (not really) and heads south. Those who summer east of the Rocky Mountains spend the winter in Mexico, while those who summer west of the Rockies winter in California. Unlike most… (more) 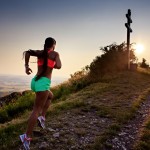 Anywhere from 60 to 100 times every minute of every day of every year of your (hopefully) long life, your heart beats. Unlike the other muscles in your body, however, your heart almost never gets tired . . . until it stops for good. Here’s why. Three Kinds of Muscles: The human body is composed of three types of muscles, skeletal, smooth and cardiac. Skeletal Muscle: Skeletal muscles are striated (banded), and are what most of us think of when we envision a muscle. Attached to the bones and tendons, the skeletal muscles control pretty much all voluntary, and some involuntary (like the diaphragm that works automatically), body movement… (more) 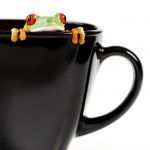 For centuries, before refrigeration, an old Russian practice was to drop a frog into a bucket of milk to keep the milk from spoiling. In modern times, many believed that this was nothing more than an old wives’ tale. But researchers at Moscow State University, led by organic chemist Dr. Albert Lebedev, have shown that there could be some benefit to doing this, though of course in the end you’ll be drinking milk that a frog was in. Ice boxes first became available to consumers in the early to mid-19th century and, with that, the ice trade became big business. New England and Norway became major purveyors of ice, but anywhere it was cold, ice was a major export.  Usually made out of wood with tin or zinc walls and insulation material like sawdust, cork, or straw, ice boxes were popular until they were rendered obsolete by… (more) 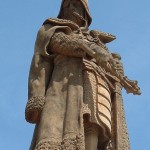 Jan Zizka (aka Jan Žižka z Trocnova a Kalicha)  is regarded as one of the single finest military minds in world history. He also had his skin turned into a drum. Before we get to his death, though, we want to discuss Zizka’s life, because well, frankly it was remarkable. For starters, Zizka, born in 1360, is generally considered to have never lost a battle. What makes this feat even more impressive is that, whereas the few other generals in history who’ve done this had powerful armies at their command, Zizka was in command of only peasants and rebels. Zizka was a general during something known… (more) 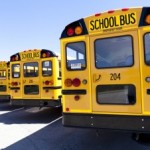 Why School Buses Are Yellow

School buses are the primary mode of student transportation in North America. An estimated twenty-six million students in the United States alone are transported to school every school day via bus—over half the student population in the country. While school buses in countries outside of North America usually look like any other buses, North American school buses are distinctive for their yellow colour. It wasn’t always that way. The first school buses were horse-drawn carriages known as “school hacks” or “kid hacks.” They were being made by Wayne Works starting around 1886, though it’s possible they were around earlier. However, you probably wouldn’t see teams of school hacks in every American town; many children had to rely on walking (uphill both ways through the snow), farm wagons, or sledges to get to school. In 1914, with the popularity… (more) 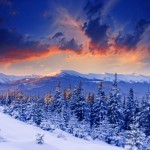 To this day, the Siberian wilderness is still one of the most isolated places in the world. Known as the Siberian taiga (meaning “forest” in Russian), its harsh, cold climate greatly discourages human habitation. Its steep hills and difficult terrain makes it nearly impossible to travel through it, much less live there. It’s filled with pine and birch trees, nearly undisturbed by humans for centuries. Bears and red foxes wander through the forest during the day, while wolves hunt at night. It’s freezing cold with the average mean yearly temperature at negative five degrees Celsius. Stretching east to west, from the Atlantic Ocean across the continent to the Mediterranean, and extending up north to the Mongolian Arctic border, the Siberian taiga is the largest of Earth’s nearly uninhabited wilderness. Nearly five million square miles of barren land sparsely populated by a few towns containing only a few thousand people. In 1978, a team of Russian geologists were sent to explore the deepest, most isolated part of this region. Forest and wilderness that, at the time, have been barely touched by human hands. Traveling there via helicopter, from high above the taiga, they spotted something that seemed quite unusual… (more)

Most Popular Posts on TodayIFoundOut’s Facebook Page This Week: