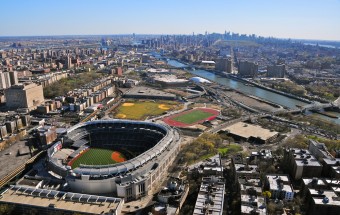 Why There is an Area of New York Called “The Bronx”

This is thanks to a seventeenth century Scandinavian man by the name of Jonas Bronck, originally from Tórshavn in the Faroe Islands.

In 1639, Bronck immigrated to New Amsterdam in New Netherland, which was right next to what is today called Bronx River, named after Jonas Bronck.

Why? In New Amsterdam, Bronck owned a 680 acre farm which was called, unimaginatively, “Bronck’s Land” and the river abutting it “Bronck’s River.” He held this land for just four years before dying in 1643. From there, various people owned this property, keeping the name Bronck’s Land, until Colonel Lewis Morris acquired it and renamed it the “Manor of Morrisania.”

Despite the renaming of the land, the river next to it continued to be called “Bronck’s River.” From the river’s name, the modern-day name of “Bronx” got extended to the region directly around the river in the late nineteenth century. The name for the region has stuck ever since.

As to why it’s “Bronx” instead of “Bronck’s,” this isn’t clear, but the switch happened around the same time there was a big push for the simplification of English; remnants of this can be seen today in the names of the Boston Red Sox and the Chicago White Sox (instead of “Socks”). It may be that the switch from “Bronck’s” to “Bronx” happened for the same reason, though this is just speculation, and I could find no direct documented evidence of this; so take it with a grain of salt. But the time period (the late nineteenth to early twentieth century) of the switch, at least, matches up. 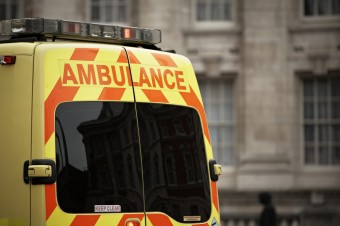 The word “ambulance” ultimately derives from the Latin “ambulare,” meaning “to walk.” This gave rise to the French “hôpital ambulant,” essentially meaning “mobile hospital.” In the beginning, this didn’t mean as we think of it today, but was generally just used to refer to a temporary medical structure that could be easily moved, particularly early on referring to movable army medical hospitals.

“Ambulance,” in English, first appeared around 1798, which also referred to these temporary hospital structures at first.

Mobile medical transport vehicles were also being called ambulances in French around this time thanks to Frenchman Dominque-Jean Larrey and his “flying ambulance” (ambulance volantes). These ambulances were designed to get injured soldiers off the battlefield and to medical aid during battle, rather than waiting until the fight was over as was common before.

By the mid-nineteenth century, the word (in English) extended to refer to any vehicle used to transport the wounded from battle fields to the military hospitals. One of the first instances of this was during the Crimean War (1853-1856). Shortly thereafter, during the American Civil War, such medical transport vehicles were known as “ambulance wagons.” The former, “ambulance,” name for mobile medical vehicles has stuck around ever since.