Why Do We Knock On Wood? 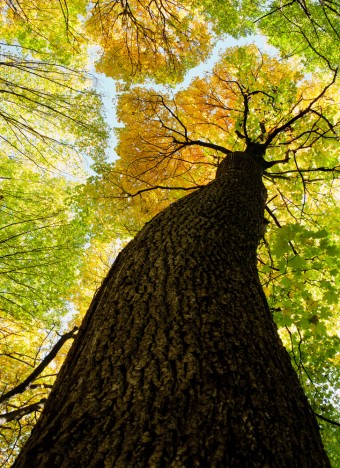 You’ve probably said this phrase and performed this action countless times, without the slightest clue as to the meaning behind it. So why do we feel compelled to “knock on wood” as an insurance policy against bad luck?

Unfortunately, nobody knows for sure and while you’ll often read detailed accounts of how the saying comes from centuries old practices by various peoples (depending on the origin theory you’re reading), oddly enough the expression itself only popped up a little over a hundred years ago, first documented in 1905, with the British equivalent “touch wood,” popping up in 1899.

As for the various theories of how the expression came to be, these include that most Pagan cultures in the ancient world – from Ireland to India – believed that trees were inhabited by nature spirits, and often incorporated them into their rituals and worship. Thus, the theory goes that it was thought that one could simply knock on the bark of a tree to invoke the aid of the benevolent nature spirit residing within. The Irish also supposedly believed this was how you thanked the little people, or leprechauns, for any good luck you’ve been experiencing.

So over time, knocking on the tree may have become a way of showing gratitude for a run of particularly good luck, and the acknowledgement that the nature spirits deserve thanks for blessings received, in case they got miffed and caused your luck to change from good to bad. Mortals provoking the ire of the gods is never a good idea, so respect is crucial to avoiding serious backlash – and bad luck.

Yet another theory gives credit to Christians, who elevated twisting Pagan tradition for their own purposes to an art form. In this theory, the wood in question is the cross that Christ was crucified on. Knocking on the wood, more or less then invokes Christ’s protection.

There’s also a Jewish version of “knock on wood” origin that contends the practice originated in the 1490s during the Spanish Inquisition under the infamous Torquemada. Jews were running for their lives at the time, and as synagogues and temples were built from wood, coded knocks were devised so Jews could gain entry. This resulted in many lives being saved, so “knocking on wood” became synonymous with good luck according to this origin theory.

All that said, again, despite the supposedly ancient origin of knocking on wood for luck, the earliest documented references of the expression “knock on wood” and “touch wood” date back only a little over a century ago.  If we go a little further back, to the early 1800s we find a series of children’s chasing games, including  “Tiggy-touch-wood,” where one of the rules state that you cannot be tagged if you “touch wood.”

This was an extremely popular game at the time, and could very well be how the British equivalent of”knock on wood,” “touch wood,” came about; that may have in turn given rise to “knock on wood” across the pond.  Or perhaps not, but at least this particular “touch wood” origin theory seems plausible enough with a slightly more direct connection to the phrase over any ancient spiritual origin theories.  Given the two expressions mean pretty much the same thing and first popped up around the same time, there’s bound to be tangible connection.  Unfortunately, just what that connection is and how, for certain, these expressions came to be has been lost to history.