January 24, 2014 Melissa
Duane asks: Why/how can a person be held in contempt of court after taking the 5th amendment? I read about this taking place quite often. 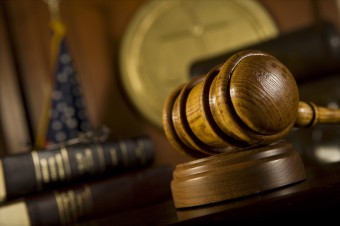 Most Americans know they cannot be forced to incriminate themselves. Yet, many are unaware that this privilege is limited, and some have even been held in contempt of court when they tried to “take the Fifth” inappropriately. Here’s how:

More than just protection against self-incrimination, the Fifth Amendment vests Americans with a number of rights and privileges including to due process, to compensation when the government takes property, against double jeopardy and in pertinent part:

No person shall be . . . compelled in any criminal case to be a witness against himself . . . .

Taking the 5th in Criminal Court

For those charged with committing a crime, the Fifth Amendment is a stout shield against self-incrimination:

Since there is rarely ever any question as to whether an individual is either a suspect or a target in an investigation, the Fifth Amendment in a criminal context is relatively easy to identify and invoke.

Juries are instructed that the defendant cannot be compelled to testify, and that if he exercises his right not to testify, the jury cannot use this as any evidence of guilt whatsoever.

In fact, the defendant can even “refuse to take the stand” without penalty. In addition, unlike in a civil case, in a criminal court, once the defendant invokes the Fifth Amendment, typically no further questions can be asked of him.

Despite the strength of the privilege in the criminal context, there is one situation where a criminal defendant can be held in contempt despite his “taking the 5th.”

In both civil and criminal proceedings, the privilege against self-incrimination may be waived, although the waiver “affects only the particular proceeding [or matter] in which [it] occurs.” Nonetheless, even for a criminal defendant, it is very easy to waive the privilege:

Although a defendant in a criminal case has a right not to be called to testify, if he does testify on direct, he has waived the privilege and can be cross-examined the same as any other witness.

Furthermore, once a waiver has been made through testimony:

Absent some indication that his current testimony might subject him to further incrimination, a witness may not invoke his Fifth Amendment right after having already testified about the events in question.

Were a witness to do so, he would be “subject to a finding of contempt of court.”

Likewise, if the witness is given immunity (where the testimony would not be used later against her), and then refuses to testify:

She can be held in contempt and jailed for failing to answer the questions.

Taking the 5th in Civil Court

Over the years, the right against self-incrimination has been held to apply beyond the borders of a criminal courtroom and “can be asserted in any proceeding, civil or criminal, administrative or judicial, investigatory or adjudicatory.”

The privilege can be invoked both at trial when the witness is called to testify, as well as during pre-trial discovery where the witness was requested to answer interrogatories, produce documents or testify at a deposition.

Nonetheless, in civil courts and administrative proceedings, the shield is not nearly so powerful.

Questions Must Be Answered

Unlike a criminal defendant, a witness or civil litigant must be sworn and submit to questioning about his invocation of the privilege:

The Fifth Amendment does not provide a blanket right to refuse to answer questions [in civil court]. It is up to the judge to determine whether the privilege is properly invoked and that means that some investigative questioning must be allowed.

Criminal Liability is Not Presumed in Civil Cases

Unlike a criminal defendant, there is no presumption that testimony given by a civil litigant or witness will incriminate her for some crime, rather than just embarrass her or hurt her case:

In civil actions . . . the issue then shifts to whether the claimant is confronted by substantial and real, and not merely trifling or imaginary, hazards of incrimination.

The judge must then determine if “the witness has reasonable cause to apprehend danger of criminal liability,” and only then may the Fifth Amendment be invoked.

If after careful inquiry and consideration of all the circumstances of the case, the judge is perfectly clear that the witness is mistaken and that the answer cannot possibly have a tendency to incriminate, then the judge can compel the witness to answer the question.

The Privilege Must be Claimed with Each New Set of Questions

In the civil context, the Fifth Amendment privilege extends only to specific questions. The privilege will not be automatically sustained upon a declaration by the witness or the witness’s counsel that the response would be incriminating. . . . The privilege must be invoked for each question.

Witnesses Are Frequently Compelled to Testify

In civil and other non-criminal courts, witnesses and litigants who improperly invoke the fifth (such as by trying to shield testimony that reveals conduct that hurts their case, but is not criminal) will be compelled to testify, and:

Failure to answer at that point will subject the witness to possible contempt of court, which, ironically enough, may involve assessment of jail time.

As in criminal courts, the privilege against self-incrimination can be waived in civil and other proceedings, and it is “most commonly waived when a client simply answers the question posed.” This extends beyond the courtroom and waiver can even be found where the litigant made an “affirmative denial of an allegation in a pleading.”

In fact, during a recent Congressional hearing, an IRS official may have done exactly that – waived her right against self-incrimination. While appearing before the Oversight and Government Reform committee, Lois Lerner read a brief statement where she insisted: “I have done nothing wrong.” According to Harvard Law professor Alan Dershowitz:

You can’t simply make statements about a subject and then plead the Fifth in response to questions about the very same subject . . . . Once you open the door to an area of inquiry, you have waived your Fifth Amendment right . . .you’ve waived your self-incrimination right on that matter.

Alan Dershowitz: IRS Chief Lerner ‘Can Be Held in Contempt’

The Fifth Amendment Privilege Against Self-Incrimination in Civil Cases

Taking the 5th: How to Pierce the Testimonial Shield

Use Immunity, Compelled Testimony, and Perjury

Use of Fifth Amendment Privilege in a Civil Case