This Day in History: December 30th 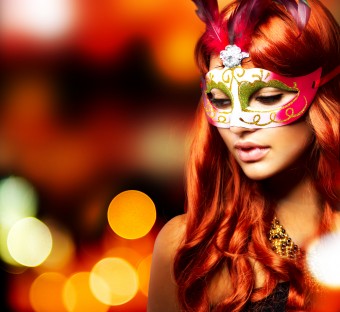 On December 30, 1809, it became illegal to wear masks at balls held within the City of Boston, as its citizens believed this practice was “detrimental to morals.”

This was not just an isolated incident of off-the-wall prudery. Bostonians were setting the standard for killjoys everywhere since the 1650s, not surprising considering the city’s Puritan roots. “Banned in Boston” had been a “thing” as long as Boston had been a city.

One of the earliest works to be banned in Boston can be traced all the way back to 1651. The founder of Springfield Massachusetts, William Pynchon, authored a book critical of Puritanism called “The Meritous Price of Our Redemption.” It was not well received in 17th century Beantown. They banned Pynchon’s book and aggressively encouraged him to return to England, which he eventually did.

The phrase “banned in Boston” gained popularity in the late 19th century when Anthony Comstock launched his campaign to battle vice. This “moral crusader” enjoyed wide support among Boston’s socially elite and elected officials. Comstock didn’t want “obscene” material to be delivered by supposedly private U.S. mail, and went so far as to try and prevent it through the aptly named Comstock Act.

Boston officials could be shocked by or take offense at just about anything, so they got busy banning anything they found to be remotely salacious, questionable or naughty. To help rid the city of anything not fit for anyone under the age of five to see or hear, they enlisted the help of a group of citizens called the Boston Watch and Ward Society.

Thanks to their efforts, books were confiscated, theater groups were chased out of the city, and movies were stopped from being played. Sometimes a motion picture would be halted in progress after a member of the Watch and Ward had “seen enough.”

At its zenith, this practice hurt the city, as Boston had always been considered a cultural center in spite of its air of prudishness. However, the “banned in Boston” label was working out quite nicely for many distributors – it gave their art a certain cache elsewhere.

During the 50’s and 60’s, the Warren court limited the abilities of municipalities to interfere with the content of plays, movies and books. The last major censorship fight in the literary arena was over “Naked Lunch” which was – you guessed it – banned in Boston in 1965.

A red-light district called the “Combat Zone” sprung up in Boston during the 60’s and 70’s that would have been unthinkable just decades before. The area grew so seedy that cleaning up the Combat Zone became a major priority for the city just a few decades later.

By the end of the 1970s, Boston had evolved into one of the most liberal-leaning cities in the country. Their Puritan forebears would hardly recognize the place or its inhabitants now.