The Bloody Battle of Matewan 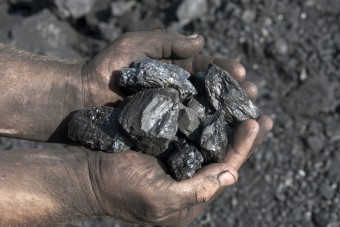 Today I found out about the Battle of Matewan, also known as the Matewan Massacre.

Matewan is a small town in West Virginia located on the Tug River which serves as the dividing line between West Virginia and Kentucky.  At the time, the area was dominated by the mining and coal industries, which were leading players in the West Virginian economy.

Workers were rarely able to operate independently of coal companies. Rather than simply employ their workers, the companies typically also owned their workers’ houses and required that their employees shop at the company’s stores. Not only that, but they also had their hands in politics and the school system, controlling virtually every aspect of a coal miner’s life.

The same tactics were employed by former slave holders in the south following emancipation. They allowed slaves to stay on their land, but forced them to shop in their stores. In some cases, they even paid them in credit only good at the land owner’s stores which had items so highly priced that the workers would get in debt to the landowner and, sometimes by law, be forced to continue working for them, regardless of working conditions or wages; essentially enslaving them to the property while providing the illusion of wages. (This practice was a contributing factor in The Thibodaux Massacre of 1887.)

While the coal miners didn’t have it quite this bad, this still didn’t sit well with the workers in West Virginia.

The story was the same in Matewan. Fortunately, there appeared to be a solution: unions. In 1920, John Lewis was elected the President of the United Mine Workers of America. Shortly thereafter, he announced his plan to organize the miners of southern Appalachia.

If a union was good news for the miners, it was bad news for the mining companies, and they punished any worker who joined up. Unionized miners were immediately fired from their jobs; if they weren’t working for the company, they didn’t have access to the company-sponsored homes or the company store. They were thrown out, and if they refused to leave “Baldwin-Felts detectives” persuaded them to leave their homes with guns and threw their furniture out to the street.

Nevertheless, the lure of the benefits gained through a union enticed many of the miners in the region. Some three thousand miners in the area had joined up by May 15, 1920. The move was particularly popular in Matewan. Both the police chief, Sid Hatfield, and the mayor, C. Testerman, were openly in favour of establishing an independent town and cooperated with the unionization. Unfortunately, no matter what they did, they couldn’t keep the Baldwin-Felts detectives away from the town.

On May 19, Albert C. Felts and twelve other men among the Baldwin-Felts detectives arrived in the area to evict a dozen men and their families from homes that belonged to the Stone Mountain Coal Cooperation. The evictions were executed peacefully, probably in part because police chief Hatfield led a group of men toward the homes and oversaw the process. The workers they evicted, like others before them, were forced to spend their night in tents.

Meanwhile, the Baldwin-Felts detectives packed up their rifles to put on the train they’d be taking out of Matewan later. While they waited for their train, they dined at the local hotel.

But Sid Hatfield had had enough. He called for warrants to arrest the men, and when that failed, claimed he’d kill every last one. Hatfield and the mayor, surrounded by angry miners who were tired of being thrown out of their homes, met with Mr. Felts in front of Chambers Hardware Store.

What happened next is still up for debate. Some said Felts shot Testerman first; others said that Hatfield shot Felts. Witness Bill Hall probably had it right when he said, “Nobody knowed who shot who that day, because they was shootin’ at everybody that moved.”

The shooting continued, and it was the detectives who came off worse for wear. Seven of them were killed (including Mr. Felts) and one was injured, while just two miners and the mayor died, along with an additional four Matewans wounded.

Dixie Accord, another witness, said:

Now, that all happened in a matter of minutes there.  And it was, back then, that was horrible. To me, I will never forget it for as long as I live…all those shots being fired. I never, well it just…it just seemed like the end of the world to me.

Hatfield argued that the evictions had been illegal. He certainly had the support of the miners in the area. State troopers came to seize control of Matewan; Hatfield relented, and the miners redoubled their efforts to organize into a union. Charges for the death of Mr. Felts and his brother were brought against Hatfield and over 20 other men, but all of the charges were dismissed.

Hatfield didn’t escape unscathed, however. The following year, he and his deputy were killed.

The carnage wasn’t over yet. Angered by the death of a man they considered to be a hero, Matewan miners were among the 5000 people to protest at Logan County in August 1921. The protestors were met by over 1000 armed police officers and a battle known as the Battle of Blair Mountain ensued. It lasted for four days and resulted in dozens more deaths. Hundreds of people were arrested after the army was brought in to stop the fighting. Afterwards, people weren’t quite as interested in joining unions, and participating in unions in the region plummeted.

Nevertheless, the massacre did result in one good thing. Eventually, the National Industrial Recovery Act was passed into law in 1933. The act made collective bargaining possible and also regulated the hours employees could work, as well as their wages. It greatly helped the miners who were being shorted by their employers, and guarded against a repeat of what happened in Matewan.