Diamonds Are Not Formed From Coal 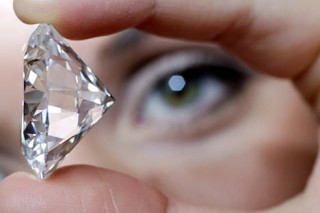 Myth: Diamonds are formed from coal.

According to evolutionists and geologists, diamonds were formed about 1–3 billion years ago, that’s way earlier than any known record of even the Earth’s first land plants let alone coal. Coal, known as a fossil fuel is formed from the dead remains of vegetation like trees, ferns and other plants and life. The formation of coal takes millions of years and can be traced back to 300 to 400 million years ago, but not a billion years. So, how again are diamonds supposed to have formed from coal that didn’t even exist then? They didn’t.

Natural diamonds, the hardest substance known to man require very high temperatures (ranging from 900 to 1300 on the Celsius scale) and pressure that exists only at depths of 87 to 120 miles (140 to 190 kilometers) in the Earth’s mantle to form. Unlike other gems which are formed by a combination of elements, diamonds are made up of one single element- Carbon. Carbon-containing minerals present in the Earth at those depths, crystallize to form diamonds because of the immense pressure together with the heat from molten magma.

The diamond crystals are then transported to the surface during deep-source volcanic eruptions in the magma. This is quite a rare occurrence as diamonds are formed at depths usually 3-4 times deeper than that at which normal volcanoes originate. However, when this magma cools, it forms igneous rocks known as kimberlites (named after the diamond-bearing region of Kimberly, South Africa where these rocks were first identified) and lamproites, used as an indicator that diamonds may be found in that area.

The Kimberlites form narrow pipe shaped fissures which are also referred to as diamond pipes. The most prominent kimberlites are located in South Africa and Central Africa which roughly contributes for 49% of the natural diamonds mined in the World.

Coal is an amorphous form of carbon and at the most can change its chemical composition and transform into its nearly purest form which is Graphite but not diamond. The conversion of coal into diamond is almost impossible due to its impurities and the fact that coal is rarely buried to depths greater than two miles (3.2 kilometers) which is not conducive to the formation of diamonds.