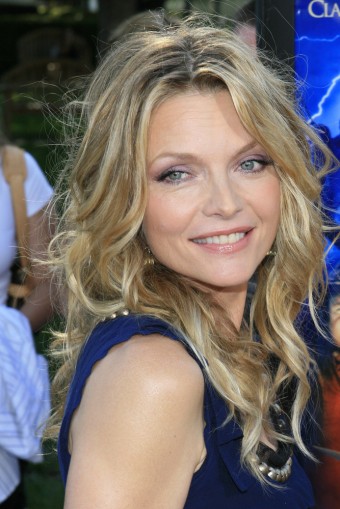 When actress Michelle Pfeiffer was just starting out in Hollywood, long before her hit movies Batman Returns and Hairspray hit theatres, she admits to being roped into the cult of “breatharianism.” Breatharians believe that humans can survive without food or water—they get all the nutrients they need from air and sunlight.

Obviously as even plants can’t survive with only air and sunlight, there is no way that humans can live on just this, so how did she get wrapped up in it?

In 1978, Pfeiffer participated in the Miss Orange County beauty pageant. She won and went on to participate in Miss California, where she came in sixth place. During that time, she was able to sign on with an acting agent and started auditioning for films and TV shows. Obviously, she would later become quite successful, but as with many acting careers, she was off to a slow start. It’s possible that breatharianism was pitched to her as a diet that could make her look good and perform her best for those auditions. Whatever prompted her, she fell into line with a couple who acted as “personal trainers” and encouraged her to get on this diet.

Of the couple, Pfeiffer recalled that

They were very controlling. I wasn’t living with them but I was there a lot and they were always telling me I needed to come more. I had to pay for all the time I was there, so it was financially very draining.

Today’s breatharian movement was started by Ellen Greve, known as Jasmuheen, though she didn’t come up with the idea. Living off of a “life force” has been around in many different cultures throughout history. Greve took the idea of “prana,” the Sanskrit word for life-force, and believed she had found a way to cure world hunger- just stop eating… genius!

Now, fasting, of course, has long been an important part of many different religions. The difference between fasting and breatharianism is that you typically end your fasting period and eat some food. Breatharianism, on the other hand, is for life (however long or short that life may be).

You’re probably wondering how anyone could possibly get roped into thinking living off air and sunlight is a good idea, let alone pay for it, but the methods used are more or less the same as with most cults (and used in politics, marketing, etc.).  They simply exploit human psychology to very subtly get one’s mindset in such a state that they can convince the person of some small inconsequential thing, then rinse and repeat until in the end they’ve managed to convince you of some big thing which had they presented to you at the very beginning you’d have instantly known was ridiculous.

While it’s common to scoff and shake our heads at people who get roped into such things, the reality is that these sorts of methods work on pretty much all humans if presented in the right way and if the shift in thinking is gradual enough- among numerous other examples throughout history, we need look no further than the Nazi party to observe this effect on a mass-scale.  Small moves over a large span of time is one of the major keys to this.

And, indeed, this is how they do it with breatharianism.  Progressing to real breatharianism is a slow, step-by-step process; so for new members it probably doesn’t seem so crazy at first, particularly if you’re ignorant of the end goal to start with. Newly inducted breatharians start by making the switch to vegetarianism. From there, they become vegans, eat only raw foods, cut out everything but fruit, and finally consume only liquids before stopping food and liquid intake altogether.

Let’s say someone reaches that last step and stops eating entirely. Without any food, the body starts to break down glycogen, proteins, and fats for energy, until it runs out of what it needs. Dehydration from lack of water is the bigger worry, though. Without any liquids, among other problems, the organs will begin to shut down, seizures are common, and it can result in permanent brain damage. Normally people can survive just a few days without water, though people have been known (rarely) to survive for a few weeks.

Even Greve recognizes the danger, though she blames it on members’ unpreparedness rather than the lack of consumption of food and water:

If a person is unprepared and not listening to their inner voice there can be many problems… from extreme weight loss to even loss of their life.

And, indeed, people have lost their lives attempting Breatharianism: Verity Linn, a 49-year-old, was found dead in Scotland following her Breatharian conversion; Temo Degan slipped into a coma after converting to Breatharianism and died shortly after being revived with IV drips; and Lani Morris, mother of nine, was in the care of a Breatharian couple when she developed pneumonia and had a stroke before passing. They claimed not to know that anything was wrong until it was too late.

Yet there are a number of “success” stories to counteract the deaths. Greve herself claims to have lived the Breatharian lifestyle for years, only sometimes eating mouthfuls of food “for taste.” However, given the time-frame for survival without water, let’s just say that it’s unlikely that Greve actually sticks to her own diet.

She once went on Australia’s “60 Minutes” and did a fasting test to prove that she could live on light and air. At the end of 48 hours, her blood pressure rose and she showed signs of severe dehydration. She blamed the symptoms on “polluted air,” so the show moved her away from the city. After that, a supervising doctor said Greve experienced dilated pupils, slowed speech, and weight loss. The program cut off the test before Greve required hospitalization, but she said they only did it because they feared she would be successful.

Another “success” story is Wiley Brooks, who claims to have been a Breatharian for over 30 years. He even founded the Breatharian Institute of America. If you’re interested in joining, it will cost you just $10 million.

Weirdly, Brooks is all for McDonald’s hamburgers and Diet Coke (which is of course made from sun and air… Right?). Brooks has a long explanation as to why this is good, starting with

One of the most exciting things about coming to Earth [after descending from our natural plane] was eating 3d food. Food was not eaten for nutrition but for the exquisite taste and sensations you would get.

And get this: “The 5d qualities in the diet coke acts as a type of binding agent which binds all other sugars and toxins (after-effects) in the meal being digested at that time to the beef in the burger. The beef acts as a catalyst that draws these toxins to digestive tract and escorts them out of the body as waste.” (Tell that to Supersize Me!)

Don’t even get him started on chicken burgers. Apparently beef is the way to go because:

The cow consciousness is a group of fully consciousness, very high dimensional beings who don’t experience death the way you think about it. They know there is no such thing as death. Only transition from one reality to another, and there are many realities to visit. So stop worrying about them, you are the ones in hot soup.

Ah, the unparalleled wisdom and nobility of our bovine friends. How much we could learn from them if we only listened…

At any rate, while it seems that the “air and sunlight” diet isn’t strictly followed by many Breatharians, and certainly not by the surviving ones, it’s lucky for those of us who are fans of her work that Michelle Pfeiffer escaped while she still could. She says that the moment of revelation came after she met her first husband, Peter Horton, at an acting class. Horton was working on a film about the “Moonies,” the followers of Reverend Moon Sun-myung’s cult-like Unification Church.

He brought her along to interview ex-cult followers to do some research. Pfeiffer said,

We were talking with an ex-Moonie and he was describing the psychological manipulation and [it] just clicked… I was in one.

Obviously, acceptance was the first stage to getting out, and Pfeiffer was able to quit the cult. She does still eat a vegan diet, which she started while with the Breatharians, but she says that’s about health rather than clinging on to the vestiges of the cult.