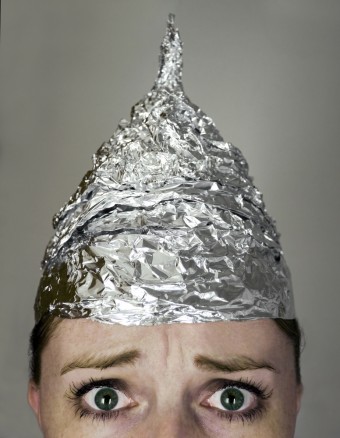 The term “mind control” conjures up visions of someone manipulating people from the outside, such as an evil, brainwashing scientist or a supernatural being that takes dominion of a person just with the power of his mind. But since people don’t experience this in their daily lives, most don’t believe in mind control, and think of it as just a fantasy, suitable only for books, games and movies.

How wrong they are! Mind control exists, it happens every day and it may be happening to you right now.

According to William G. Eberhard from the Smithsonian Tropical Research Institute, the “manipulation of host behavior by parasites is a widespread phenomenon.” Most commonly seen in the insect world, behavior changes are usually mild, such as controlling how much and what is eaten, or causing the host to move to a habitat that is more hospitable to the parasite.

For example, once the juvenile form of a certain parasitic flatworm is swallowed by its host, an ant, the flatworm, or fluke, controls the ant and forces it to climb to the top of a blade of grass each night until it is eaten by its ultimate host, usually a sheep. Inside the sheep, the fluke continues to develop until it reaches its adult stage and reproduces, whereby its eggs leave the sheep through its poop, and the cycle repeats.

However, there are some parasites that really go the extra mile. Consider the parasitic wasp Hymenoepimecis argyraphaga whose eggs begin to prey on, and manipulate, the Costa Rican spider, Plesiometa argyra, from infancy.

The female wasp seizes the spider and bends it to her will with a temporarily paralyzing sting; while immobile, the spider submits to having the wasp’s egg glued to its belly. The wasp leaves and, shortly thereafter, the spider resumes its normal routine.

Within about a week, the egg hatches into a larva that remains attached to the spider’s abdomen; at this time, however, the larva drills holes into the spider so it can suck its blood.

This lasts for about another week until the larva is about to pupate, at which time it injects its mind-control substance into the spider. The spider then changes its web-construction from one designed to catch its food into one designed to hold the larva’s cocoon.

Once the cocoon-holding web is complete, the larva molts, and then kills and eats the spider. Sated, the larva moves to the center of the web, builds its cocoon and emerges as an adult in about a week. Nice!

Scientists investigating this parasitic process have discovered an interesting feature: once the spider is injected, even if the larva’s removed, the spider will still build the cocoon-holding web.

Similarly, another wasp, Glyptapanteles, displays its mastery of evil by also laying eggs in a host, although this time, the host can be any of three types of caterpillar: Chrysodeixis chalcites, Lymantria dispar or Thyrinteina leucocerae.

Caught while young, the caterpillar continues through several stages in its own development while the eggs within it grow; when the 80 (eighty!) or so eggs hatch into larvae and make their cocoons, the caterpillar is still alive, but it stops moving about and feeding. Rather, it remains near the cocoons, protecting them by violently moving its head to repel anything that comes near the pupae.

Because it has stopped eating, the caterpillar eventually dies. Scientists are not exactly sure how the wasp larvae control the caterpillar, although it is theorized that a few eggs of the litter do not hatch, but remain behind to manipulate the host.

As shown with the fluke, parasites inhabit mammals, too. Although the flatworm isn’t powerful enough to control a sheep, there are parasites potent enough to manipulate animals larger than bugs. For example, Toxoplasma gondii, a single-celled parasitic protozoan, manipulates rats so that they get near the cats the parasite needs to complete its life cycle.

Sexually reproducing only in a cat’s intestines, the baby protozoans, now cysts, leave an infected cat in its feces. Once out, they are ingested (not on purpose) by a variety of hosts, including humans (in whom the infection is known as toxoplasmosis); while the cysts will develop somewhat in these other hosts, they still need to get into a cat’s guts to fulfill their destiny. Therefore, from the Toxoplasma gondii perspective, a rat is just about the best place to be.

Not content to leave things to chance, the parasitic cysts are believed to somehow stop part of the infected rat’s fear mechanism; one theory holds that the cysts infect the rat’s amygdalar brain structure, which, in humans, is the part of the brain that has been shown to “play a pivotal role in triggering a state of fear.”

In any event, rather than being repelled by the scent of a cat’s urine, the cyst convinces the rat that it is attracted to that scent. Thus, as the rat moves to get closer to the scent, and of course the cat, the inevitable happens, and the cycle continues.

But Melissa, you may ask, if the cysts can affect rat brains so dramatically, might they not also affect human behaviors? Funny you should ask. Some scientists say, “yes.”

There are several studies that have shown “an increased prevalence of toxoplasmosis among schizophrenic patients.” This apparent link between infection and psychosis was supported by the results of another study where it was shown that anti-psychotic drugs were as effective at curing toxoplasma-infected rats of their self-destructive behavior as the medicine that killed the cysts.

In addition, a Danish study revealed a link between toxoplasmosis infection and suicide. The research demonstrated that women infected with toxoplasmosis were over 50% more likely to try to kill themselves, and that those with the strongest infections were the most likely to attempt it.

And it gets better. Recent scholarship is examining how the microbial biome that naturally occurs in the intestines of healthy humans actually may influence our behaviors. For example, science has known for years that many of the chemicals used by the brain are produced by bacteria that reside in the human gut; in fact, intestinal bacteria produce 95% of the human body’s serotonin, a hormone and neurotransmitter that is believed to regulate emotions and sleep, as well as to play a role in depression, anger and anxiety.

Some of the most troubling implications of this research have generated some really interesting science fiction. For example, in the 2003 novel, Vitals, Greg Bear builds on the idea of a bacterially-controlled human body. In his story, bacteria, called the “little mothers,” manage our aging, death and minds to produce the best outcomes for bacterial life. When the “little mothers” are manipulated by the forces of evil, mind control, from the inside out, is achieved. Yikes!

Perhaps this is not so far-fetched, especially when you consider that there are 100 trillion microbes living in your gastro-intestinal tract, and only one of you, made up of about 1/10th that many cells. To put it another way, 99% of the genetic code on your person is not human, but, rather, is microbial.

In a recent New York Times article, one top scientist describes the human body as “an elaborate vessel optimized for the growth and spread of our microbial inhabitants.”

But don’t give up hope, host human. The majority of scientists are not convinced that our legion of microscopic hitchhikers are messing with our minds; and even the authors of the studies cited do not know if the link between infection and behavior is one of correlation or causation… or perhaps that’s just what the mind manipulating microbes want us to believe…

If, however, it turns out that the microbes are in charge, you can still use this to your advantage; the next time you do or say something stupid, blame it on your “little friends”!