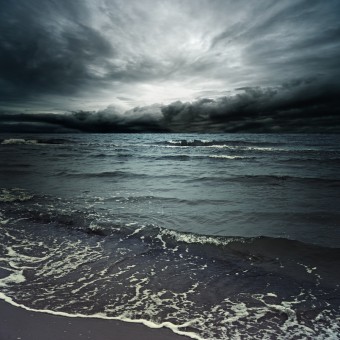 May 19, 1780 began like any other day. Then, between 10:00 a.m. and 11:00 a.m., the sky above most of New England grew dark and eventually pitch black. The darkness was witnessed from Maine to New Jersey, plunging what was then almost half of America into fear and chaos. The event was reported to last well into the evening in some places—even the moon and stars were fully obscured.

We aren’t talking your run-of-the-mill blackout—obviously, there were no electrical lights or fallen power lines at the time. The cause of the darkness wasn’t a solar eclipse, either, as far as scientists can tell. It also wasn’t a thunderstorm, though some areas of New England did have rain that morning. So what caused a darkness so deep the sun seemed to have been erased from the sky in the middle of May?

Historians and scientists have been attempting to cobble together an answer to that very question for decades. Using the information recorded in journals has only gotten them so far.

Such darkness would be a concern to anyone, but today we might just Google the answer on a smartphone as we walked down a darkening street on our lunch break. Back then, they didn’t even have telegraphs or radios, and people in rural areas lived so far away from their neighbors that even communication with them would be limited. There was no way to know what was going on.

Understandably, people panicked. Many people believed that Judgement Day was upon them—people were walking down the streets howling that the day had come. Abraham Davenport, a Connecticut legislator, said when his colleagues argued to adjourn: “I am against adjournment. The day of judgment is either approaching, or it is not. If it is not, there is no cause for adjournment; if it is, I choose to be found doing my duty. I wish therefore that candles may be brought.”

Judgement Day was not such a far-flung idea in religious communities at the time. A large portion of people in the area were deeply religious protestants who took most extreme natural events to be signs of God’s intentions. They were deeply interested in “guilt, sin and redemption.” Their initial theory as to the cause was also supported somewhat by the Bible- “the sun will be darkened, the moon will not give its light, the stars will fall from the sky…” (Matthew 24:29) and “The sun became black as sackcloth made of hair, and the whole moon became as blood. The stars of the sky fell to Earth…” (Revelation 6:12-13). What people witnessed the day the lights went out matched the description—in some areas, the moon even looked a hazy shade of orange-red.

So what do scientists today think happened?  Theories such as a volcanic eruption and meteorites have been tossed about as a potential cause. However, the most likely cause of the darkness is slightly more mundane- a massive forest fire in Canada. By examining growth rings on trees in Ontario, scientists have been able to determine that a sizable fire happened in the area around the same time darkness swept over New England. They speculate that a combination of masses of thick smoke as well as fog became so dense that it completely obscured the sun. There was a drought in the area at the time, making a fire a likely event. The theory also matches with accounts of an ashy scent in the area and reports of soot accumulating in rivers and rainwater the day before.

This was not the first “dark day” to occur. Between 1091 and 1971, nearly fifty “dark days” were recorded around the world. While we might scoff at the people of 1780 New England for being silly, dark days caused people to become unsettled even in 1950, when forest fires in Alberta caused the sky to go dark in New England once again.

As we know today, the sun didn’t actually go anywhere, and on May 20, 1780, it made its appearance in New England once again. People flocked to churches to send prayers of thanks for the light, and little harm was done. In fact, one group of people benefited from the event. An offshoot of the Quaker religion called the “Shakers” had settled in New York and took advantage of the confusion by converting hundreds to their ideology during a 26-month mission across New England directly following the event.