How Each NFL Team Got its Name (AFC) 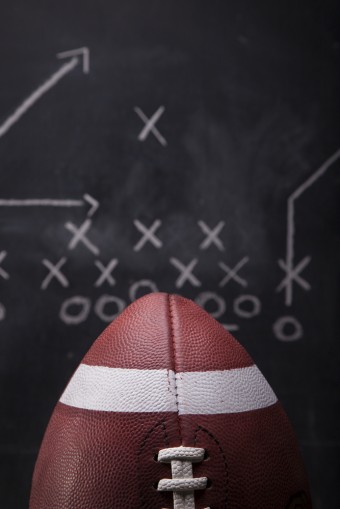 With the 2013 NFL season set to begin in just over three months, it’s time to start collecting trivial facts to help spice up the trash talk in your fantasy football league. Read on for the origin of the nickname of your favorite AFC team.

Origins: Originally named the Bisons, in 1947, the team name was changed to the Bills, in homage to Buffalo Bill, as the result of a fan contest. (Interesting to note that the American “Buffalo” is not actually a buffalo, it’s a bison.)

Origins: Also chosen from a list of fan suggestions in 1966 that included Sharks, Suns and Mustangs, the Dolphins was reportedly picked as the name because the animal’s intelligence and speed were qualities desired in football players.

Noteworthy: Although their win in Super Bowl XXXVI is tainted by allegations of cheating, it cannot be denied that the Patriots have been one of the best teams in the NFL for the past 10 years, led by two time Super Bowl MVP Tom Brady.

Origins: Fans originally chose the team name in honor of the American Revolution, although its original designation as the Boston Patriots was changed in 1971 to New England to reflect and encourage a more regional fan base.

Noteworthy: Long before the Sanchez-Tebow debacle, the Jets had the great Joe Namath (1965-1976). Still holding the team record for career and single season passing yards, Broadway Joe shocked his team and the world when he famously made “the guarantee” that the Jets would win against the heavily favored Colts in Super Bowl III.

Origins: Formerly the Titans, the name was changed to the Jets when the franchise was purchased in 1963 to reflect the team’s close proximity to LaGuardia Airport. Other suggested and rejected nicknames included the Gothams, Dodgers and Borros.

Noteworthy: Staffed by the likes of Ed Reed (10th all time in interceptions), Jamal Lewis and Terrell Suggs, the Ravens are one tough team, although it did lose Ray Lewis to retirement recently after he completed his 17th season in the NFL.

Origins: Originally the Cleveland Browns, the Ravens were moved to Baltimore by the much beloved Art Modell in 1996. Cleveland was allowed to keep the “Browns” name, so a poll was taken of the fans who chose the team’s name. “Ravens” refers to native son Edgar Allan Poe’s famous poem about a mean, creepy bird.

Origins: Established during the 1968 expansion, the team was named after an earlier team of the same name that played in the city in the 1930s and 1940s.

Noteworthy: Although he played from 1957-1965, Cleveland’s Jim Brown remains in the top 10 all-time for total rushing yards and fifth for rushing touchdowns. Other Hall of Famers include Paul Warfield and Ozzie Newsome.

Origins: There is debate over how the Browns got their name. All agree that the winner of the fan contest in 1945 chose the name “panthers,” but for legal reasons, the team could not use the name. One story has it that the fans chose Browns for boxer Joe Lewis, the “Brown Bomber.” Others say the team was named either in honor of the founder, Paul Brown, or simply because everyone referred to franchise as “Brown’s team.”

Origins: Prior to 1940, the Steelers were the Pirates, like the baseball team. After a fan contest, the name Steelers was chosen, in homage to the people who worked in Pittsburgh’s steel mills.

Noteworthy: The Texans have only been around since 2000, but during the last two seasons, they went 10-6 and 12-4, winning the AFC South division title both years.

Origins: Market research was brought to bear in the choice of this team’s name; to attempt to encourage a larger geographic fanbase, Texans was chosen over Bobcats, Wildcatters, Apollos and Stallions.

Origins: Originally the Baltimore Colts, the franchise took the name with it when it moved to Indy in 1984. The nickname originally came from the strong tradition of horse breeding in the Baltimore region.

Noteworthy: Alum Fred Taylor (1998-2008) holds the team record and fifteenth place among all-time rushing leaders with 11,695 yards; notably, he ran for 234 yards and four touchdowns in a single game against the Steelers in Three Rivers in 2000.

Origins: The fans chose Jaguar as the team name when the franchise joined the league in 1995 in honor of a beloved member of the Jacksonville Zoo.

Origins: Originally the Houston Oilers, the franchise moved to Tennessee in 1995. A statewide contest was held in 1997, and Titans won out over South Stars, Copperheads and Tornadoes.

Noteworthy: During John Elway’s tenure (1983-1999), the Broncos went to the Super Bowl five times, losing three in four years early in his career, then winning two at the end (with Terrell Davis and Elway being named MVPs in Super Bowls XXXII and XXXIII, respectively).

Origins: The fans chose the name Broncos when the franchise began with the AFL in 1960, reportedly because a popular baseball team had the name in the 1920s.

Noteworthy: The Chiefs were one of the NFLs most successful teams early in the league’s history having played the Packers in Super Bowl I and winning Super Bowl IV. Hall of Fame alums include Joe Montana, Warren Moon, Marcus Allen and Mike Webster.

Origins: The Dallas Texans moved to K.C. in 1963. The team’s owner chose the new nickname from thousands submitted by fans because of the area’s significant Native American heritage.

Origins: Originally known as the “Senors,” a name chosen from a fan contest in 1960, the public outcry was so great that within a few weeks, the runner-up, “Raiders,” became the nickname.

Origins: The franchise reportedly acquired its name from a fan contest in 1960, although one version of the story holds that the team’s owner, Barron Hilton, liked to hear the famous Cavalry Charge played on the bugle and that’s why he chose the name.