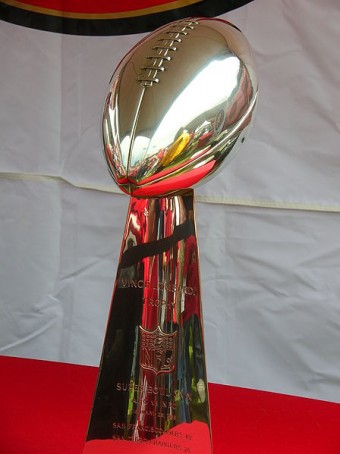 Myth: The Super Bowl is watched by over a billion people every year.

This myth seems to get spread around by the media every year around Super Bowl time, as well as by fans themselves. For this amount of people to watch the Super Bowl, about one out of every seven people on the planet would have to tune in. This would be particularly remarkable considering only about one out of every seven people on the planet have access to the Super Bowl broadcast; so that would mean every single person who can watch the Super Bowl will. This further strains the “logic test” when you consider that would also mean all those people in those countries not the U.S. and Canada would suddenly have to become interested in American Football for one day of the year.

So how many people actually watch the Super Bowl? In recent years, that amount has varied from around 80-100 million people. That’s extremely impressive, but perhaps less so on a global scale when you consider that an estimated 98% of those viewers are from North America, with about 97% of that amount coming from the United States. Meaning, it would seem, at least as far as ratings are concerned, the networks are wasting their time broadcasting the game to the other 224+ countries, considering only a couple million people outside of North America watch the game every year.

It can’t be denied, though, that the game is a big deal in the U.S. with around 1/3 of the population tuning in to the game every year.

The NFL, of course, has no interest in dispelling this “billion” myth and broadcasting to all these other countries helps advertise the game to those countries, even if the ratings are extremely poor there. This also allows them to say “broadcast to potentially over a billion people in over 225 countries”, making the game seem more impressive and more of a big deal worldwide then it is.