How Each NFL Team Got its Name (NFC) 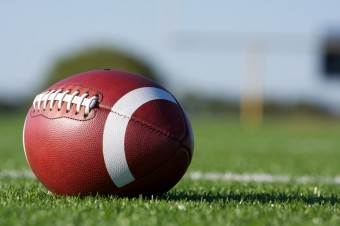 Nothing short of a room decorated in team gear epitomizes a National Football League fanatic better than an internal database of useless trivia spanning your team’s history. Read on for the origin of the nickname of your favorite NFC team.

Noteworthy: With the 1st and 9th all-time rushing leaders in Emmitt Smith and Tony Dorsett and Hall of Famers like Roger Staubach, Randy White, Deion Sanders, Troy Aikman, Michael Irvin and Coaches Tom Landry and Bill Parcells, for years the Cowboys were known as “America’s team.”

Origins: Entering the NFL in 1960, this franchise was originally known as the Steers. Realizing that the eunuch is perhaps not the most masculine of mascots, Tex Schramm changed the nickname first to the Rangers, and later to an icon of the American West, the Cowboys.

Origins: Founded in 1925, the Giants were named after the local professional baseball team of the same name, which means that both clubs’ names were ultimately inspired by NYCs large buildings.

Noteworthy: Alums include Hall of Famers Art Monk, John Riggins, Bruce Smith and Deion Sanders, as well as Joe Theismann. Today’s RG3, in his first NFL season, set the records for the highest passer rating (102.4) and TD to interception ratio (4:1) by a rookie, and was named to the Pro Bowl.

Origins: Originally the Boston Braves, the many Native American players on the team objected and the franchise name was changed to the Boston Redskins (be careful what you wish for). The franchise kept the nickname when it moved to D.C. in 1937.

Noteworthy: Of all the greats to play for Da Bears, including George Blanda, Mike Ditka, Dick Butkus, Gale Sayers and Mike Singletary, perhaps the greatest was Sweetness Walter Payton who has the 2nd most rushing yards and 4th most rushing TDs of all time.

Origins: When the franchise moved to Chicago from Decatur in 1921, it kept the name Staleys, which reflected one of the team’s sponsors, the Staley Starch Company. When the team was acquired by George Halas in 1922, he renamed the franchise the Bears, at least in part because the team played at Wrigley Field, home to the Chicago Cubs. Rumor has it that he chose bears over cubs because football players are bigger than baseball players, as a rule.

Noteworthy: The Lions greatest player, and possibly the greatest running back of all time (at the least one of the most entertaining to watch work), Hall of Famer Barry Sanders (3rd all time in rushing yards and 8th in rushing TDs) shocked the football world in 1999 when he retired in the prime of his career, at age 31, less than 1,000 yards short of Walter Payton’s total rushing yards, which barring injury Sanders would have passed even with just one more season.  Unlike many such athletes who retire while there’s still something left in the tank, he even chose to stay retired.

Origins: Originally the Spartans, the franchise was renamed in 1934 when it was moved to Detroit. According to rumor, the name was chosen to reflect the team’s desire to rule the league in the same way the lion rules the jungle. (Note: Lions don’t typically live in the “jungle” as the meaning goes today, but until around the 19th century, “jungle” just meant “wilderness” and it wasn’t until the mid-20th century that “jungle” came to mean something like “rainforest” or “dense forest”, hence the old saying that has survived today, “King of the Jungle”). The name for the Detroit Lions was more directly inspired by its resemblance to the name of Detroit’s major league baseball team, the Tigers.

Noteworthy: The Packers have a long history of greatness. From former coach Vince Lombardi to Hall of Famers Reggie White and Bart Starr to the NFL’s all-time leader in passing yards, completions and TDs, Brett Favre, the Packers are one franchise not to be messed with.

Origins: The only NFL team owned by its fans, the franchise got its name from its initial sponsor, the Indian Packing Company. For what was likely the best $500 ever spent, the company was awarded the team nickname by its two founders, George Calhoun and Curly Lambeau.

Origins: Reflecting the Scandinavian heritage of the upper Midwest in general, and Minnesota in particular, the team’s then-general manager Bert Rose picked a name that epitomized an aggressive will to win when the team joined the league in 1961. (And presumably not to epitomize the whole raping and pillaging thing from the Viking warrior class… ;-))

Noteworthy: Alums include Eric Dickerson, Deion Sanders and Morten Andersen who, over his 25-year career as a kicker in the NFL, became its all-time leading scorer.

Origins: After joining the league in 1965, the franchise nickname Falcons was chosen in a fan contest over suggestions including Peaches, Confederates and Firebirds…  I kind of wish they’d chosen the “Peaches”, just to be different.

Noteworthy: Alums include Hall of Famer Reggie White and the Freak of Nature, defensive end Julius Peppers, who is 18th in the all-time sack leader list with 111.5. The Panther’s single championship appearance in 2004, Super Bowl XXXVIII, is still remembered for Janet Jackson’s “wardrobe malfunction” at the hands of Justin Timberlake.

Origins: Entering the league in 1995, the Panthers name was chosen by the owner’s son, Mark Richardson, who thought the name reflected the football ideals of being “powerful, sleek and strong.”

Noteworthy: Counting as members the NFL’s all-time leading scorer, Morten Andersen, and one of its all time great quarterbacks, Drew Breeze (8th in passing yards, 5th in completions and 6th in TDs), the Saints have been a tough contender in recent years.

Origins: An homage to New Orleans’ musical heritage, the name was reportedly taken from the famous song “When the Saints Go Marching In,” although having the franchise awarded to the city on All Saints Day in 1966 couldn’t have hurt.

Origins: Chosen at least in part because of the region’s pirate past, when the team joined the league in 1976, a committee comprised of team staff and ownership and local sportswriters picked the Bucs’ name from a list of over 400.

Noteworthy: Hall of Famers include Dan Dierdorf, Jackie Smith, Emmitt Smith and Jim Thorpe, and other greats from the team include Ottis Anderson, Larry Fitzgerald, Kurt Warner (who led the team to its only Super Bowl appearance in XLIII) and the overlooked Jim Hart (20th all-time in passing yards).

Origins: The Cardinals have bounced around. Originally founded in Chicago as the Morgan Athletic club, the franchise changed its name to reflect the “cardinal red” jerseys the team wore in 1901. Known as the Racine Cardinals until the team moved in 1960, the famous bird head was added to the helmets while in St. Louis. Later, when Bill Bidwell moved to team in 1988, he took the nickname and the franchise was known as the Phoenix Cardinals until its name was changed, again, to Arizona Cardinals in 1994.

Noteworthy: Where to start? How about with Hall of Famer Joe Montana? Arguably the best quarterback to ever play the game (11th in passing TDs, 12th in completions and 13th in yards), he was the architect of, arguably, the most famous game-winning last-minute drive in a championship game, when he led the 49ers back from a 3-point deficit with just over 3 minutes left in Super Bowl XXIII.

Oh, yeah, then there’s Jerry Rice (Jerry Freaking Rice!) The 49ers Hall of Fame receiver is the NFL’s all-time leader in TDs with 208 and receptions with 1,549. He was also the MVP of Super Bowl XXIII.

Origins: The 49ers entered the league in 1950 when its AAFC merged with the NFL. The name was chosen to reflect the gold rush of 1849 that happened nearby in the Sierra Nevadas.

Noteworthy: Alums include Warren Moon, Jerry Rice and former Congressman Steve Largent. Matt Hasselbeck led the team to its single championship appearance in Super Bowl XL, where many think they were robbed by poor officiating.

Origins: The franchise name was chosen as a result of a fan contest, to reflect Seattle’s Northwest heritage when it joined the league in 1976. Other submissions included Skippers, Seagulls and Lumberjacks. The aggressive hawk of the region, the osprey, adorns the team’s helmets.

Origins: Originating in Cleveland, the Rams moved to Los Angeles in 1946 along with the nickname that reportedly was chosen in honor of the Fordham Rams, a college football team. When the team left LA for STL, it brought the name with it.