Why the Viet Cong Were Called “Charlie” 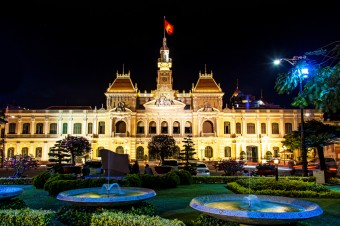 First, because I suspect there are at least a few people curious and it pertains to how the name “Charlie” ultimately came about, let’s discuss how the term “Viet Cong” came about at all.   It comes from “Việt Nam Cộng-sản”, which just means “Vietnamese Communists”.  This, in turn, was shortened to just Việt Cộng, with the first documented instances of such appearing in various Saigon newspapers in 1956.

From here, “Viet Cong” was commonly further shortened to “VC”, which in the NATO phonetic alphabet is pronounced “Victor-Charlie”, which gave rise to the further shortened, “Charlie” designation.

It’s also interesting to note here that “Vietnamese Communists” is possibly something of misnomer, at least partially. Even though the Viet Cong, or “National Liberation Front for South Vietnam”, were in some ways an arm of the People’s Army of Vietnam in the North, fighting the same cause (against the U.S. and the Southern Vietnamese government the U.S. was supporting), in fact some members of the Viet Cong were not themselves necessarily communists.  They were just people who joined the National Liberation Front because they weren’t happy with the foreign influence on their government and the presence of foreign soldiers.  However, due to rampant war propaganda on both sides, it’s difficult to ascertain just what percentage (significant or not) of the National Liberation Front was actually South Vietnamese people who simply were fed up with their government and the U.S. interference, and what percentage was made up of Northern forces or otherwise supplied or directly under Northern control.