Who was the Real Mother Goose? 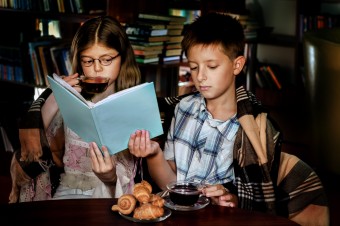 A nursery necessity and childhood favourite, Mother Goose is a household name and the writer of dozens of well-known nursery rhymes like Baa Baa Black Sheep, Jack and Jill Went Up the Hill, Pat-a-Cake, and Three Blind Mice.

In answer to your question, you may be disappointed to learn that according to most historians, the author “Mother Goose” was not a real person.  The name was likely given as something of a generic moniker for an “everywoman” type person. The rhymes and fairy tales attributed to “her” were actually written by numerous authors, both men and women, and handed down in the form of folk tales for generations.

With a history that is several centuries old, the origin stories of “Mother Goose” are just as varied as the lyrics of the nursery rhymes. While an 8th century French queen has been called the “real” Mother Goose, it is more likely that the name originated around the 17th century, with the first documented reference being in 1650 in the publication of La Muse Historique by Jean Loret. The papers contained the phrase “like a Mother Goose story.”

Nearly fifty years later, Charles Perrault published a book in French called “Histories and Tales from Long Ago, with Morals” which was an anthology of eight fairy tales including “Sleeping Beauty” and “Cinderella.” On the front was a picture of an old woman and a placard that read, “Tales of my Mother the Goose.” (Incidentally, Sleeping Beauty is based on a story where a married King comes across a young girl he can’t wake, so rapes her instead.)

In 1729, Charles Perrault’s compilation was translated into English and paved the way for John Newbery’s publication of “Mother Goose’s Melody: or Sonnets for the Cradle” in 1765. The book was small and filled with traditional rhymes that children learn to this day. Many different editions of the book became popular in England and America, some including different rhymes. Newbery is considered one of the most important people in popularizing the name “Mother Goose” and provided a stepping stone from “Mother Goose tales” to “Mother Goose rhymes” with his book.

For those who have persisted on believing Mother Goose was once a real person, rather than simply an invented “everymother” name, there are two widely accepted theories as to the identity of the “real” Mother Goose, though both are highly unlikely. The first is the aforementioned French queen, Bertrada of Laon, who lived in the 700s. She was the mother of Charlemagne and bore the nickname “Goose-foot Bertha.” However, while the earlier date could mean that Loret referred to her in La Muse Historique, there is little information on whether Queen Bertrada spun tales and stories, so stating that she was “Mother Goose” is pure speculation, with no supporting evidence other than the connection of a “Goose” nickname.

The more well-known theory, which can easily be proved false, is that the woman was Elizabeth Goose, a Bostonian woman whose great-grandson was Isaiah Thomas, a publisher. Elizabeth married Isaac Goose in 1692 at the age of 27, adding her six children to his ten. With sixteen children to care for, Elizabeth became adept at telling stories and singing rhymes. The claim that she was the real Mother Goose arose in 1860, but there is no substantial proof that the woman was the originator of so many of today’s childhood favourites. Supposedly, there is a “ghost volume” of tales attributed to Mrs. Goose, but scholars have been searching for evidence of its existence for years and have found nothing. More to the point, Elizabeth Goose was not yet born when Jean Loret made the earliest recorded comment about “Mother Goose” in 1650, so it is unlikely that Elizabeth was the real thing, even if she did contribute a story or two (of which there is no evidence).

The idea that Elizabeth Goose is the real Mother Goose is so widespread, however, that her alleged gravestone has become a tourist attraction in Boston. To add more humor to the ordeal, it is likely that these tourists are not only misled that the woman was “Mother Goose”, but also, Elizabeth’s grave is unmarked, and the grave they are visiting is actually that of a Mary Goose.

Lacking substantial evidence to prove either Elizabeth Goose or Queen Bertha is the real Mother Goose, it is generally thought far more likely that the name originated around the 17th century, possibly even with Loret, as an “everywoman/mother” name to assign as the author of so many tales and rhymes that mothers the world over have been telling their children throughout history. The story of the “woman” since then proceeded to take on a life of its own. Even if there was at some point a real Mrs. Goose being referred to, the Mother Goose rhymes and stories we know today are from a multitude of authors who have been published without their names attributed to their work.