The Alphabet Song is Based on a Tune by Mozart 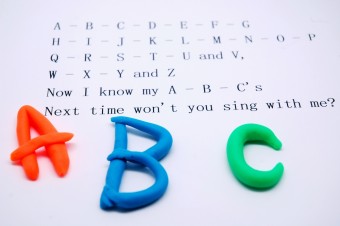 Around a half a century after Mozart composed his Twelve Variations on Ah, vous dirai-je, maman an American music publisher named Charles Bradlee adapted the tune to fit with the English alphabet “lyrics” and copyrighted his “The A.B.C., a German air with variations for the flute with an easy accompaniment for the piano forte” song in 1835.

As you may or may not know, outside of North America, classically “z” is often pronounced “zed” rather than “zee”.  This has created something of a problem as the pronunciation of  “z” as “zee” has started to spread, much to the chagrin of elementary school teachers the English speaking world over. This has resulted in them often having to re-teach children the “correct” pronunciation of “z” as “zed”, with the children having previously learned the song and the letter the American English way from such shows as Sesame Street.

Naturally, kids are often resistant to this change owing to the fact that “tee, u, vee, w, x, y and zed, Now I know my A-B-Cs, Next time won’t you sing with me” just doesn’t quite sound as cohesive as “tee/vee/zee/me”.

Because of the problem at the end of the alphabet song with “zed” not really fitting, a variety of other endings have been created to accommodate this, such as this one: tu-v, w-x, y and z[ed], Sugar on your bread, Eat it all up, Before you are dead.

You can listen to the “Twelve Variations on Ah, vous dirai-je, maman” below: