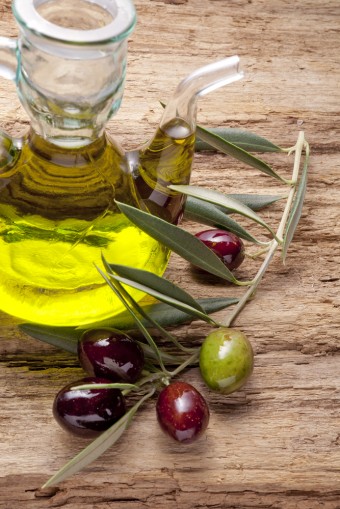 The primary difference between green and black olives is simply the point at which they are harvested. Green olives are picked before they are ripe, while black olives are allowed to ripen on the tree. The difference in color is primarily due to the olive’s ripeness when picked, but is also slightly affected by how they are processed.

Green olives are soaked in a solution containing lye, then fermented in brine for anywhere between 6 to 12 months after being picked.  The longer the olive is fermented, the less bitter and more flavorful it becomes. Green olives are usually pitted, and often stuffed with items such as pimientos, anchovies, jalapenos, garlic or onions.  Black olives are also soaked in lye to lessen their bitterness, then cured in brine, but rarely stuffed.