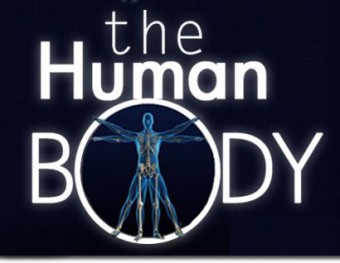 1) The human brain uses about 20% of the entire body’s oxygen and caloric intake, despite accounting for only about 2% of an adult body’s mass.

3) Human bones are incredibly strong. If you had a solid matchbox sized piece of a human bone, it would be able to support about 9 tons of weight. This is about 4 times the amount a similarly sized chunk of concrete could support.

4) Poop is brown due to bile in your gall bladder being metabolized by microbes in your intestines resulting in stercobilin. Without stercobilin, your poop would look grey-ish/white, not unlike bird poop.

5) It takes about 60 seconds for one blood cell to travel a full circuit of your body.

6) Contrary to what is popularly spouted, humans have a lot more than 5 senses. While exactly how many isn’t agreed upon, it’s generally accepted that there are at least 20.

7) Men produce around 10 million sperm per day. If every one of those sperm resulted in a baby, it would take a mere 2 years to repopulate the entire planet.

8) On average, a woman’s body produces about 1/2 a million eggs. However, only a few hundred of these eggs will ever have the potential to be used to get the woman pregnant.

9) A typical human gut contains about 100 trillion microbes or about 10 times as many cells than make up the human body.

10) On average, your kidneys will filter around 1.3 liters of blood every minute. Further, the average person urinates about 1.5 liters of water per day.

11) In just 30 minutes, the average person’s body produces enough heat to boil a 1/2 gallon of water.

12) The reason most people have a hard time tickling themselves is because the brain is constantly monitoring body movements and anticipating sensations, particularly touch sensations. When it is doing this, it is also actively discarding sensations that it deems unimportant, like how when you type on a keyboard, you won’t typically consciously notice the sensations of your fingertips, unless you actively pay attention.  Similarly, if you’re currently wearing clothes, your body generally actively ignores the sensations of the clothes rubbing against your body as you move.  Thus, it becomes difficult to tickle yourself because the anticipated touch sensation and the actual touch sensation line up, so your brain diminishes or even sometimes completely discards the sensation.  Ironically, this is also why sometimes people can tickle you without having to actually touch you.  Your brain is actively anticipating the unexpected sensations.

13) You have enough capillaries in your lungs (about 300,000,000) that if you stretched them out end to end, the line would extend from Seattle Washington to San Diego, California (about 1300 miles).

14) The “sleep” in your eyes is known as “rheum” or “gound” and is made up of dust, an oily substance from the meibomian glands, skin, blood cells, and others, mixed with mucous from your nose.

15) Typically, the higher IQ someone has, the greater the frequency of dreams while sleeping. Thus, nerds are dreamy. Q.E.D. 😉