Why Some People are Right Handed And Some Left Handed

December 26, 2012 Scott
Tristan asks: Why are some people right handed and some left handed? 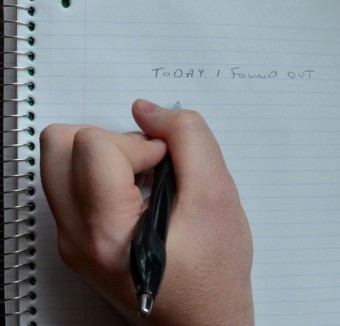 Tristan it appears that there is no single mechanism that will definitively determine which hand you will prefer. Technology and further studies will continue to help shed light on the subject. What is known is that it essentially comes down to genes and biological asymmetry in the human brain. What tends to be true in so many other aspects of human preference, handedness also seems to be more of a spectrum. You have some people who strongly prefer right or left handedness,  and some that can use both with the same level of comfort. Then there are countless people who have different degrees of ability using their non-dominant hand.

The biological side of the question has been known for quite a while and there are countless published articles on the topic. Most people control speech and language (including writing) with the left hemisphere of their brain, no doubt resulting from millennia of evolutionary mediated natural selection.  This asymmetry is an extremely important factor in our brains. Since the left side of the brain tends to control the right side of the body, it leaves a majority of the population with the preference for being right handed. Depending on which study you read, approximately 80-90% of the population is right handed. This idea is further backed up with the ancillary evidence residing in our closest animal relatives, apes. Their brains are much more symmetrical than ours and apes don’t typically show any tendencies towards a type of handedness.

The second and more recently known aspect of handedness is genetic. Technology has allowed us to explore with more accuracy the countless genes associated with all types of human tendencies and behaviors. In 2007, researchers found that a gene (LRRTM1) was involved in the development of handedness.

There are two manifestations (alleles) of that gene- one known as the D gene and the other C gene. The D is more frequent in all populations and promotes right handed preference. The C gene does not promote left handedness but instead is a gene of chance. It appears that 50% of people with this allele are left handed and 50% are right handed.  The discovery also helps explain some of the well known phenomenon regarding handedness. More specifically, that you can “teach” someone to use their non-dominant hand, and become ambidextrous. This was a well known practice when it was once believed that left handedness was the result of the Devil and it promoted evil behaviors.

How the manifestation of this gene affects people’s handedness isn’t fully understood. The leading theory is that it affects the asymmetry of the brain. The LRRTM1 gene also slightly increases a person’s risk of developing schizophrenia, a disorder known to involve abnormal asymmetry of the brain. But don’t worry if you’re left handed, there seems to be many factors involved in the development of schizophrenia, and most left handed people never develop the disorder. All the same, if you write with your left hand, watch out for the possessed psychiatrist who definitively wants to kill you!