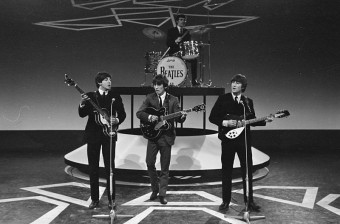 It seems only appropriate that the single most controversial quote from the Beatles, by any Beatle, was uttered by John Lennon, the group’s unspoken leader and most colorful member. On March 4, 1966, the following was said by Lennon:

Christianity will go. It will vanish and shrink. I needn’t argue about that. I’m right and I will be proved right. We’re more popular than Jesus now. I don’t know which will go first- Rock ‘n Roll or Christianity. Jesus was alright, but his disciples were thick and ordinary. It’s them twisting it that ruins it for me.

The actual article containing the above incredible paragraph was titled “How a Beatle Lives”.  It was written by Maureen Cleave, a very close friend of Lennon and all the Beatles.  It was a casual article, chronicling what John was doing, how he was spending his life, what he did in his spare time.  These kind of innocuous articles about rock stars, movie stars, and TV stars have always been a staple of newspapers and magazines.

Surprisingly, there was barely any backlash resulting from the controversial quote when the article came out in England. But on July 29, an American teen magazine called “datebook” published the quote in an article called “The Ten Adults You Dig/ Hate Most”.  (As a curious sidebar, it was actually on the cover of this issue that Paul McCartney made a derogatory quote about America saying, “In America, they’ll call you a nigger…” and expounding his opinion on the state of race relations in the US. Paul’s quote was totally ignored by fans and the media.)

It was Lennon’s “Jesus” quote that ignited the firestorm.  Upon the article’s release, several radio stations (mostly in the South) immediately banned the playing of all Beatles’ records.  (By an amazing and funny coincidence, one radio DJ grandly called for the banning of all Beatle records and refused to play any on his show. That evening, the radio antenna of the station was struck down by lightning!)

Beatles “bonfires” were quickly organized and their records ceremoniously burned.  “We didn’t mind them burning Beatle records”, Ringo later quipped, “They just re-bought them later.”  Some also burned copies of Lennon’s books: In His Own Write and A Spaniard in the Works.  The Ku Klux Klan actually burned effigies of the Beatles.

Even the Vatican got into the act, denouncing Lennon in their official newspaper. One minister even threatened to excommunicate any member of his congregation who attended a Beatles concert.  Mexico, Spain, and South Africa each officially issued a ban on all Beatles records over the quote.

Death threats were issued and sent- not only to John, but to all the Beatles.  Threats of cancellations to the boy’s upcoming 14-city tour poured forth.  Brian Epstein, the Beatles’ manager, immediately said “What will it cost to cancel the tour? A million dollars? I’ll pay it!”  (Epstein was a fiercely protective manager of the Beatles.)

Brian flew immediately to America and issued a statement that any venue wishing to cancel a Beatles’ concert would be allowed to. (In spite of this statement and all the controversy, no concerts were canceled.) Epstein spoke of deep regret about John’s statement and said John’s words had been “misinterpreted”.

John received an amazing amount of hate mail, but it wasn’t all bad, some priests and religious figures wrote not to threaten John, but hoping to counsel him.  A few religious figures even agreed with him, such as the Archbishop of Boston.

John Lennon was profoundly affected- “I was scared stiff. I didn’t want to go [on the tour]. Brian and Paul and the other Beatles persuaded me to go.”

A public apology seemed to be the only solution to the huge controversy.  Earlier, the first time Epstein made a call to John and put forth the “apology” possibility, Lennon was adamant.  “Tell them to get stuffed.  I’ve got nothing to apologize for,” said Lennon. He asked Brian to cancel the tour. “I’d rather that than to have to get up and lie. What I said stands!”

But as the days passed, the tour was set and the actual threats and physical danger to his fellow Beatles became more apparent to Lennon.  Watching the scenes on TV of the Beatle record and album burnings also affected Lennon. He said he didn’t want to be responsible for “one more little bit of hate in the world”.

As Brian and Tony Barrow (the Beatles’ press officer) entered a room to discuss the possibility of a public apology with John, they were struck by the most unbelievable sight either had ever seen regarding the volatile, unpredictable, but always tough-as-nails, John Lennon.  Lennon, at last overcome by the trying circumstances, broke down in front of the two man and sobbed, weeping real tears.  Barrow recalled, “He threw his head down into his lap and sobbed hysterically, ‘Tell me what to do’, he begged, ‘I’ll do anything! Anything, whatever you say I should do. I’ll have to say it! How on earth can I face the others if the whole tour is called off just because of me?'”

An apology was loosely formed and John shakily agreed to deliver it.  The Beatles arrived in Chicago on August 11 and John Lennon stepped up to the hordes of journalists and microphones.

John: “If I’d said television is more popular than Jesus, I might have gotten away with it. But I just happened to be talking with a friend and I used to word “Beatles”… I just said “they” as having more influence on the kids than anything else, including Jesus. But I said it in that way, which is the wrong way.”

Reporter: “Some teenagers have repeated your statements- ‘I like the Beatles more than Jesus Christ’- what do you think about that?”

John: “I’m not saying that we’re better or greater or comparing us with Jesus as a person or God as a thing or whatever it is. I just said what I said and it was wrong. Or it was taken wrong. And now it’s all this… I’m not anti-God, anti-Christ, or anti-religion.”

Reporter: “But are you prepared to apologize?”

A few additional questions by the reporters followed, the rest of the Beatles chiming in and adding a few cautious wisecracks.  The tour proceeded and extra police were dispatched to guard against possible violence.

Paul McCartney was never to forget angry hordes of furious adults and youths pounding on the windows of the Beatles limousine and the indelible memory of a vitriolic, red-faced, 11 or 12 year old boy pounding and screaming hate at them.

At the concert in Memphis, a firecracker went off.  All four Beatles immediately looked at the other three, in fear that one of the others had been shot.  The Klan was there, in force, at a concert in Alabama. “We know how to deal with them”, an ominous Klansman cloaked in customary white hood intoned.  According to George, “the fans chased them away.”

Yes, it was worst in the Deep South, but attendance suffered in other, more upscale venues too.  The 1966 Beatle concert at Shea Stadium, unbelievably, had 10,000 empty seats.  The tour finally ended, and if there was ever any doubt about it being the Beatles’ swan song as live performers, the “more popular than Jesus” flap put an exclamation point at the end.

A 2008 article in the Vatican newspaper summed the whole episode up:

The remark by John Lennon, which triggered deep indignation, mainly in the United States, after many years, sounds only like a “boast” by a young working-class Englishman faced with unexpected success, after growing up in the legend of Elvis and Rock ‘n Roll. The fact remains that 38 years after breaking up, the songs of the Lennon-McCartney brand have shown extraordinary resistance to the passage of time in becoming a source of inspiration for more than one generation of musicians.