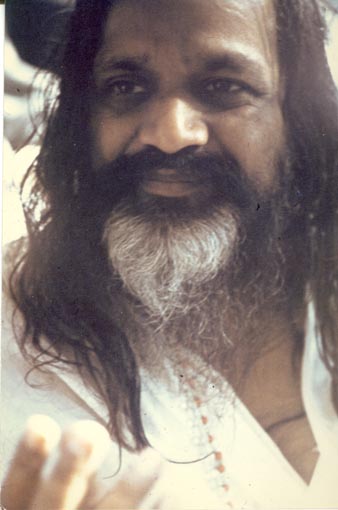 The Beatles were famous for their beautiful, inspired love songs dedicated to women- “Michelle”, “Lucy in the Sky With Diamonds”, “Eleanor Rigby”, “Julia”, “Lovely Rita”, “Lady Madonna”, “Dear Prudence”.  Even other Beatles’ classics, not graced with titles using proper nouns: “She Loves You”, “She’s a Woman”, “Girl”; and of course “I Want to Hold Your Hand”, “Love Me Do”, “P.S. I Love You” et al were all written about and centered around different women who had touched the Beatles in different ways (sometimes literally).

But which Beatles song sounds like it was written about a woman, but was in reality, written about a man?  In 1968, the Beatles were on a quest, searching, just like many of us- to find “The Truth”.  Yes, they were rich, famous, and materially successful beyond any of their wildest dreams.  But they all- especially George and John- felt something was missing.

The Beatles, in their search, came upon an interesting spiritual guide named Maharishi Mahesh Yogi.  They traveled to his meditation camp in Rishikesh, India to study, meditate, and hopefully “become enlightened”.

The fab four arrived and spent their days at the Maharishi’s retreat, with their respective wives, girlfriends, pals, and entourage.  After a pleasant start, the Beatles’ spiritual revival stay at Rishikesh started to unravel.  Ringo left first; after only ten days, he packed his bags and declared he’d had enough (Ringo’s excuse cited missing his children in London, plus the fact that his wife, Maureen, hated the prevalence of insects in their bungalow).  Paul lasted a few days longer and departed, leaving John and George- the most sincerely hopeful to find “the answer” at the Ashram.

George and John remained for several more weeks, each meditating several hours a day.  But a rumor, supposedly started and spread by John’s friend “Magic Alex” Mardas, filtered through to the Beatles’ camp.  (“Magic Alex” was a would-be-inventor and full-time hanger-on (i.e. parasite) of the Beatles and was accompanying the boys at the retreat).  According to Magic Alex’s salacious rumor, the holy Maharishi had made an overt pass at one or more of the pretty girls studying there.  (Different sources cite the anonymous girl as being either Mia Farrow, her sister Prudence Farrow, or another cute short-haired blonde bombshell at the camp).

John Lennon- impulsive, quick-tempered, and trusting of his pal, Magic Alex- immediately rounded up his wife and friends and decided to leave.  It was John who confronted the surprised guru, the Maharishi, and told him they were all hitting the road.  “But why are you leaving?” Maharishi asked.

“If you’re so cosmic, you’ll know!” Lennon spat.  According to John, the Maharishi shot him a look of daggers at that point and John immediately knew he was a fake and a fraud.  And, thus, John, George, their respective wives and their retinue peremptorily left India.

Upon arriving back in England, John unwrapped the final song he had written while in India- a disillusioned, angry song called “Maharishi”.  Lennon supposedly scratched out the original lyrics on a piece of wood at the London apple offices.  (Ringo’s wife, Maureen, actually owned the piece of wood John carved the song on. She later sold the carved, seminal “Maharishi” song to a Beatles collector years later.)

The original lyrics were incredibly cruel and vile, as Paul remembers John first playing the tune for him.  “Who the f**k do you think you are?” was about the mildest of the original lyrics.

John’s song referred to the Maharishi in the worst possible sexual epithets.  It was George who advised John to tone the song down and change the title from “Maharishi” to “Sexy Sadie”.  (For legal reasons, but also, George was not as upset or disillusioned as John. After initially leaving the camp with John, George returned to India for a few more weeks of meditation, peace, and quiet).

When “Sexy Sadie” was recorded over four sessions in July and August of ’68, John spent much of the time cursing and sputtering about the whole Maharishi experience, still deeply hurt and disillusioned.

“Sexy Sadie” was to appear in a few months on the Beatles’ legendary “White Album” later in 1968.  The finished song is a very nice one, like most of John Lennon’s brilliant body of work.  And to this day, I am sure many uneducated listeners assume “Sexy Sadie” was written about a sexy, unscrupulous woman who took the writer and other men for a ride and used them.  The truth is that it was written as an angry, hostile “homage” to a short, bearded, gray-haired Indian guru.

But why did John so wholeheartedly and immediately believe Magic Alex’s gossip and story about the Maharishi?  After all, Paul, George, and John’s wife, Cynthia, were all to later state that the story was a hoax and was concocted entirely by the nefarious Magic Alex.  And even if the alleged story was true, as Paul was to later say, the Maharishi made no claims to being some god with no carnal desires.  “Don’t treat me like a god. I’m a meditation teacher” was Paul’s quote from the guru.  “There was no deal that you mustn’t touch women. There wasn’t a vow of chastity involved”, Paul added.

Maybe John just simply bought the malicious accusation, but Beatle scholars offer up a few different views.  One is that John was just bored and tired of being the Maharishi’s disciple and wanted to return to England.  As a bit of a stretch, others offer the theory that John even got Magic Alex to cook up the story so he’d have an excuse to blow the Ashram.

But a more accurate and likely theory lies a bit deeper, under the radar screen at the time.  Every day he was at the Maharishi’s camp, John would happily hop to the local post office branch, where he was receiving strange, mysterious letters and postcards from an odd Japanese performance artist named Yoko Ono.

Lennon had met Yoko Ono previously, but these mailings fascinated and intrigued him.  The feminine-scrawled mailings contained enigmatic lines of poetry like, “Look up at the sky and see my face” or “Take your thoughts and dig a hole and bury them.”

These postcards and letters and their “messages” spellbound Lennon and captured his imagination.  He may have been dying to get back to London to give this Yoko Ono a call and get together with her. And this is exactly what happened, almost as soon as John arrived back home.

Cynthia Lennon, John’s wife of six years, was unceremoniously dumped and John cast his lot with Yoko. The Beatles were, after all, just four human beings.  And human beings look for answers- and find them in many different places.

Years later, Paul, George, and Ringo were all to publicly state their gratitude to the Maharishi for what he had given them, and all three were to indulge in the transcendental meditation he had taught them, throughout their lives.  The three Beatles (but not John) were to have only kind words about their old friend and teacher, the Maharishi.  And, ironically, it was in his beloved Yoko Ono that the earnestly searching John Lennon was to find his own particular “truth” in life.