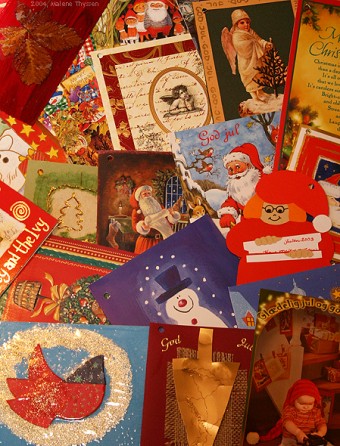 Christmas around the globe is celebrated with many customs and traditions. Often the traditions are similar with only slight variations from country to country, but some Christmas traditions are truly bizarre.

(Note: you can find more interesting Christmas traditions, besides the ones listed below, here: 12 Christmas Traditions from Around the World)

1) In the nine days leading up to Christmas Day in Venezuela, the people attend an early morning mass. This may seem like a pretty normal tradition, but in the busy city of Caracas, on Christmas they skate to mass on roller skates. Firecrackers pop to wake the citizens, who put on their skates for the pre-dawn trip to mass. Streets normally packed with traffic are closed in the mornings to allow the skating churchgoers to pass.

2) Many countries welcome a figure bringing gifts to children, such as Santa Claus in the United States or Father Christmas in England. In Italy, the gift-bringer is a kind but hideous witch named La Befana. She missed seeing the Christ-child because she was busy when the wise men told her to come. La Befana comes late, several days after Christmas Day, but leaves gifts at each house in case the holy infant is there.

3) While Italian children anxiously await the arrival of a witch on a broom, Norwegians hide all their brooms. Their legend says witches and evil spirits come out on Christmas Eve to steal the brooms and ride around causing mischief. Norway is known for the Yule log, but the witch legend is more unique.

4) Most cultures decorate for Christmas, but in the Ukraine, the décor is a bit more bizarre. Ukrainian Christmas trees are adorned with silver and gold spider webs. This tradition was weaved from a story of a poor woman without any means to decorate for the holiday. As she slept, spiders spun webs of pure gold and silver to beautify her tree and bring her wealth.

5) Catalans from Spain also have a tradition for bringing wealth, but it is definitely not as pretty as silver and gold webs. In Catalonia, the traditional nativity scene has an extra figure. El Caganer can be found somewhere on the outskirts of the nativity, crouched in a squatting position in the midst of a bowel movement. It is believed that “The Defecator” in the nativity scene will fertilize the coming year with a good harvest of wealth and prosperity. The statue can be a monk, a shepherd, or a popular sports star or celebrity, but he is always wearing his signature red Catalan hat as he squats above a pile of crap.