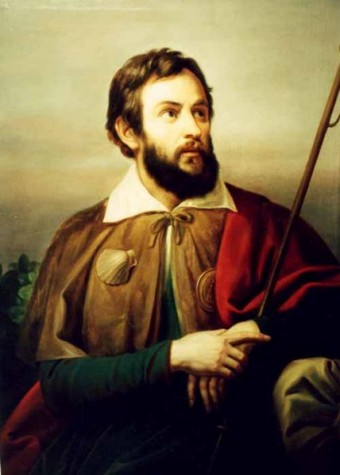 The myth that they dressed like this stems from the popular clothing style of the day in England in the late 17th century, which carried over to 18th and 19th century depictions. Artist depictions, at that time, depicted Pilgrims having worn the same style clothing that had become the fashion in England. These depictions of the Pilgrims’ clothing then endured to this day.

In fact, historical records of Pilgrims’ clothing, such as the passenger list of the Mayflower, wills, which included descriptions of clothing, and other such records, paint a very different picture than the late 17th century artists depicted. For starters, the Pilgrims didn’t wear buckled hats. They also didn’t wear buckles on their shoes or waists. Buckles were expensive and not in fashion at the time. They simply wore the much cheaper leather laces to tie up their shoes and hold up their pants. Buckles later became very popular in England for their expense and as a fashion statement. Those who were too poor to afford buckles wore laces, similar to the Pilgrims.

They also didn’t only wear black and white. Their common garb was very colorful, as was the fashion at the time. They only wore predominately black and gray clothing on Sundays. The rest of the time, they wore heavily dyed clothing in many different colors; basically all the colors that could be achieved with natural dyes. For one example, a Pilgrim by the name of Brewster left his clothing in his will to someone, which was described as such: “one blew clothe suit, green drawers, a vilolete clothe coat, black silk stockings, skyblew garters, red grograin suit, red waistcoat, tawny colored suit with silver buttons.”