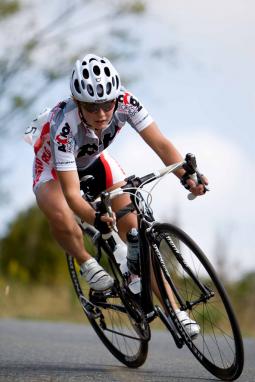 Today I found out why men’s bikes have a horizontal crossbar and women’s bikes typically don’t.

It would seem that having a slanted crossbar like on women’s bikes would make much more sense for men’s bikes, decreasing the chance of racking the guy if he slips off the pedals or the like.  However, there is actually a really good reason to have a horizontal crossbar on a bike; namely, the horizontal crossbar ends up adding quite a bit of strength to the frame of the bike.  This was particularly important in some of the early bikes, which were often made of significantly weaker materials than modern day frames, occasionally even being made of wood.

The problem with this horizontal crossbar was that women all used to wear dresses.  So when a woman wanted to get on a bike, she’d have to lift her leg over the bike frame’s crossbar, which was quite scandalous for the time as it often exposed quite a bit of leg and possibly some underwear under her dress.  Thus, bike makers began making bike models just for women that slanted the top crossbar down so that the women could mount and dismount the bikes without lifting their legs very high.  Modifying the crossbar like that significantly weakened the frames of the bicycles, but this was considered acceptable as it wasn’t very lady like for women to ride their bikes as roughly as some men anyways.

This tradition has continued to this day, even though most women don’t go around riding bikes in dresses or skirts anymore.  For the most part, on modern bikes, this weakening of the frame by slanting the crossbar isn’t significant enough to cause any concern for bikes, even on rough terrain, given modern materials that the frames are made of.  Indeed, many BMX bikes for men are now designed with the slanted crossbar to reduce the chance of injury while doing tricks.

However, among higher end bikes made for women, this tradition of not having a horizontal crossbar is starting to go away, even though the added strength from a horizontal crossbar isn’t typically necessary anymore, particularly with carbon fiber frames.  On these high end bikes, the differences between the men’s and the women’s bikes now tends to be reflected in the design by accounting for shorter torsos and arms on most women; modified hip placement; modified seat design; and the like.