1. Fastest Hundred Meter Hurdle Wearing Swim Fins (Men’s and Women’s) Perhaps she was hoping it would become the next Olympic sport. I mean, the 1904 Olympics included greased pole climbing and mud fights, so why not hurdling with swim fins? Regardless of her motivations, Zheng Da Zong Yi holds the record for the fastest hundred meter hurdle wearing swim […]

END_OF_DOCUMENT_TOKEN_TO_BE_REPLACED

We are all familiar with the colloquialism “gaydar” which refers to a person’s intuitive, and often wildly inaccurate, ability to assess the sexual orientation of another person. In the 1960s, the Royal Canadian Mounted Police (RCMP) attempted to use a slightly more scientific, though equally flawed, approach- a machine to detect if a person was gay or not.  This was […]

END_OF_DOCUMENT_TOKEN_TO_BE_REPLACED

Today I found out that the makers of Barbie used to sell a doll whose breasts grew when her arm rotated. Yes, you read that correctly. It was 1975 and the doll was called “Growing Up Skipper”. When you rotated her arm, she grew an inch taller and her small breasts grew out of her plastic chest. She could return […]

END_OF_DOCUMENT_TOKEN_TO_BE_REPLACED

Corsets dominated the undergarments of wealthier women in the Western world for centuries, until WWI. So how did the war help popularize the bra?  In a word, or two words in this case: metal shortage. The making of corsets required quite a bit of metal.  Thus, in 1917, the U.S. War Industries Board asked American women to help their “men […]

END_OF_DOCUMENT_TOKEN_TO_BE_REPLACED 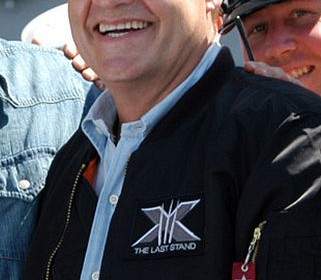 Most people are lucky enough to never experience having a loved one taken from them as a result of violence. Kelsey Grammer is not one of those people- his father was shot and killed and his sister was raped and brutally murdered. You know him best as Dr. Frasier Crane, a psychiatrist originally from the hit television series, Cheers. Dr. […]

END_OF_DOCUMENT_TOKEN_TO_BE_REPLACED

For those who are used to a year with four seasons, imagine how hard it is to believe there could ever be a year where summer never came. In 1816, people living in the Northern Hemisphere did not have to imagine it – they lived it! “The Year Without a Summer” was primarily the result of the April 10, 1815 […]

END_OF_DOCUMENT_TOKEN_TO_BE_REPLACED

Sue T. asks: Why do people say “say cheese” when taking pictures?  Also, why did people not smile in old pictures and when did they start? “Say cheese!” This simple command is meant to elicit a smile from potential photography subjects no matter what their age. It has become so commonplace that the word “say” is often no longer uttered. […]