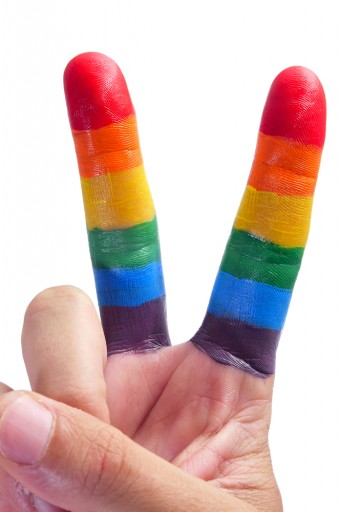 We are all familiar with the colloquialism “gaydar” which refers to a person’s intuitive, and often wildly inaccurate, ability to assess the sexual orientation of another person. In the 1960s, the Royal Canadian Mounted Police (RCMP) attempted to use a slightly more scientific, though equally flawed, approach- a machine to detect if a person was gay or not.  This was in an attempt to eliminate homosexuals from the Canadian military, police and civil service. The specific machine, dubbed the “Fruit Machine”, was invented by Dr. Robert Wake, a Carelton University Psychology professor.

Taking the lead from the United States’ McCarthyism, the Canadian government considered all homosexual public servants to be a threat to national security for various absurd reasons. In order to deal with the “security threats” posed by gay people, a special team in the RCMP was formed. Section A-3’s sole mission was to identify and dismiss from service every homosexual working for the Canadian government. Identified homosexuals were immediately fired or forced to resign.

Initial efforts included following people around and undercover work at various clubs, but this proved to be extremely costly and somewhat inefficient. Thus, Section A-3 decided they needed a new plan, a way to screen every employee directly. This new plan was the “Fruit Machine”.

Besides the “science” behind the machine being completely flawed, there were other problems as well.  For instance, each photograph changed the amount of light hitting the person’s eyes. If the difference from one slide to another was large enough, this obviously would change the subject’s pupil dilation, but was not accounted for in the results.

The Fruit Machine was not a stand alone test, but many of the other methods used were just as ridiculous. For instance, another test run by the RCMP included monitoring subjects’ physiological responses to specific words such as queer, gay, drag and even bar.

As you might expect, once word got out that the Fruit Machine test was attempting to determine if you were gay or not, rather than a stress testing machine as people were initially told, getting people to take the test became nearly impossible.  That, along with numerous mechanical failures with the machine itself, soon got funding for that particular part of the program cut off and the RCMP’s dream of having a gaydar to screen all Public Employees with was put on hold, though that didn’t stop them from continuing their work trying to root out “dangerous” homosexuals from the Canadian payroll.

Not to be deterred, the RCMP eventually started using a new type of machine, this one, a type of plethysmograph that measured blood flow to genitals while the subject is shown various images. While not nearly as scientifically flawed as the Fruit Machine, this one also, as you might expect, doesn’t give terribly accurate results on the whole and eventually the program for trying to root out homosexuals was abandoned by the Canadian government, but not before at least 400 people lost their jobs after being accused of being gay (with some estimates being significantly higher).