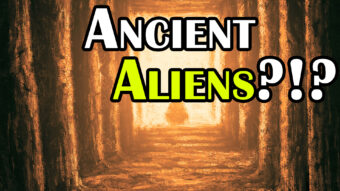 In May 1972, technicians at the Tricastin Uranium Enrichment Plant in France made an alarming discovery. A shipment of Uranium ore from the Oklo mine in the African nation of Gabon was found to contain only 0.71% of fissile isotope Uranium-235, instead of the 0.72% typically found in nature. This discrepancy, while small, was enough to set off alarm bells, as it suggested that someone in Gabon might be diverting U-235 for unauthorized purposes – possibly nuclear weapons production. Thus, a team from the French Atomic Energy Commission or CEA was immediately dispatched to Gabon to investigate.

Yet despite weeks of careful analysis, the investigators were unable to find any evidence of Uranium theft. Instead, they found the ore itself to be depleted, with certain samples having U-235 concentrations as low as 0.44%. Stranger still, the ore contained large quantities of Neodymium-143, Ruthenium-99, and Xenon 131, 132, 134, 135, and 136 – the  exact same distribution of isotopes found in spent fuel from nuclear reactors. Examining this evidence, Francis Perrin, former French high commissioner for atomic energy, came to an astonishing conclusion: some 2 billion years ago, before complex life had even evolved on earth, the Oklo ore body had undergone a sustained nuclear chain reaction. The CEA team had stumbled upon something unprecedented: an ancient, natural nuclear reactor.

The theoretical existence of natural nuclear reactors was first predicted by Japanese-American chemist Paul Kuroda in 1956. To understand how they work, it is first necessary to understand the operation of man-made nuclear reactors. A nuclear chain reaction is initiated when a Uranium-235 atom absorbs a neutron, causing it to split or fission. This releases energy, two or more smaller nuclei known as fission products, and two or more free neutrons. If these neutrons can be made to induce fissions in other Uranium nuclei, which in turn produce their own neutrons, then a self-sustaining chain reaction can be created.

In a man-made nuclear reactor this is accomplished by bundling together rods of uranium fuel so that neutrons can travel freely between the rods. However, the neutrons released by Uranium fission are too energetic to easily induce fissions in other Uranium, so a material known as a moderator must be inserted between the fuel rods to slow the neutrons down to the correct energy level. While some reactors like the one at Chernobyl use graphite as the moderator, most simply use ordinary water, which also doubles as a coolant. Unfortunately, water is also an efficient absorber of neutrons and would normally interfere with the chain reaction; to compensate for this, nuclear fuel must thus be enriched to a U-235 concentration of 3% or higher. Only specialized reactors like the Canadian CANDU, which uses deuterium or heavy water as its moderator, can run on natural, unenriched uranium.

So if natural Uranium can’t be used as nuclear fuel, how did the Oklo ore bodies sustain a chain reaction? This is because 4.6 billion years ago when the earth was first formed, the proportion of U-235 in Uranium ore was much higher – around 30%. As the half-life of U-235 is shorter than that of the more common U-238 – 704 million years compared to 4.6 billion years – the concentration of U-235 gradually decreased with time, and by 2 billion years ago had reached around 3% – the same as man-made nuclear fuel. The geology of the Oklo area was also instrumental to the formation of the reactors. The Oklo ore deposits are located in the Franceville Basin, a large formation of porous marine sandstone which sits above a layer of impermeable granite. This structure allowed rainwater to percolate down and pool around the uranium ore bodies, where it acted as a neutron moderator and initiated a chain reaction. These reactions generated around 100 kilowatts of power – enough to run around 1000 old style incandescent lightbulbs – and enough heat to eventually evaporate and drive off the rainwater, stopping the reaction. Once the ore body had cooled, the water would percolate back down, restarting the cycle anew. This process carried on for around 100,000 years until the U-235 became so depleted that a reaction could no longer be sustained. Eventually, the worldwide concentration of U-235 fell below 3%, making it impossible for such reactors to ever form again.

But as bizarre as the mere existence of natural reactors might be, even stranger is how unique the phenomenon is to Gabon. Of the 17 natural reactor sites known, all are located at Oklo and at Bangombe 30km to the southeast. Even more puzzling is why these reactors didn’t form earlier, for it follows that fission would be even more likely to occur when the U-235 concentration was 30% than when it was only 3%. As it turns out, the answer is the same reason why complex life thrives on earth today: oxygen. 2.4 Billion years ago, the Earth experienced what is known as the Great Oxidation Event, when newly-evolved cyanobacteria began pumping vast quantities of oxygen into the atmosphere. Ordinarily Uranium is not soluble in water and would have been finely dispersed throughout the earth’s crust, but rising oxygen levels lead to the formation of soluble Uranium oxides that could be dissolved by rain and groundwater and concentrated into ore bodies dense enough to sustain chain reactions.

Yet despite the rarity and scientific value of the Oklo reactors, all 16 have since been destroyed by ongoing Uranium mining in the area. In 1997, French scientist Francois Gauthier-Lafaye wrote a letter to the Journal Nature pleading a Gabonese Government to preserve the last remaining reactor at Bagombe for research, arguing that “This deposit is no less unique, and certainly more irreplaceable, than the most valued specimens from the Moon and Mars.” Indeed, the site is particularly important today as it may hold answers to one of the greatest problems currently facing the nuclear industry: nuclear waste disposal. The fission products left behind by the Oklo reactors such as Strontium, Caesium, Xenon, and Technetium are identical to those found in spent nuclear fuel, but the geology of the Oklo site – porous sandstone through which rain and groundwater freely percolate – represents the worst-case scenario for nuclear waste disposal. While conventional wisdom would suggest that under these conditions the highly radioactive isotopes would have spread far and wide into the environment, incredibly analysis has shown that over 2 billion years these waste products have migrated only 2 metres from the ore bodies. In modern spent-fuel disposal schemes, such as the Onkalo deep repository currently under construction in Finland, spent fuel is sealed in lead-filled copper casks, encased in ion-absorbing bentonite clay, and entombed 500 metres deep in a solid formation of impermeable granite. If the Oklo reactors are any indication, then these measures should be more than adequate to contain the dangerous fission products for at least 100,000 years, when they will finally decay to a harmless state. Thus, a discovery from deep in the past might just ensure the safety of humanity far into the future.