Why Do the Eyes in Some Paintings Follow You Around the Room?

January 14, 2019 Karl Smallwood
Mark B. asks: How do artists making paintings with people that have eyes that follow you around the room? 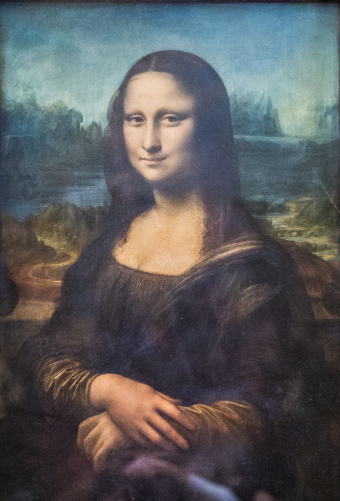 Art as they say, is subjective, what one person considers a priceless masterpiece others might see as nothing more than a giant black square… But there’s one very specific kind of painting that most everyone sees the same way- the kind with the weird eyes that seem to follow you around the room.  So what causes this optical illusion of sorts and how do artists achieve this effect?

It turns out, for even a moderately skilled artist, this “ubiquitous gaze” effect isn’t a difficult thing to achieve. In a nutshell, all you need is a little illusion of depth, so the person depicted appearing at least somewhat 3D despite being on a 2D canvas, and to direct the gaze of the eyes such that they would be looking at someone standing right in front of the picture.

So what exactly is going on here in our brains that then makes it seem like the eyes follow you even if you move away from being front and center? As demonstrated in 2004 by a team of researchers from Ohio State University, as you move to the side, the “near” and “far” points of the 2D image don’t really change. These near and far points are defined as visible points that, if the image was 3-dimensional, would appear nearest and furthest away from the viewer at a given angle.

Summarising their findings, co-author of the paper James Todd had the following to say:

The idea is simple – no matter what angle you look at a painting from, the painting itself doesn’t change. You’re looking at a flat surface…. The key is that the near points and far points of the picture remained the same no matter the angle the picture was viewed from. When observing real surfaces in the natural environment the visual information that specifies near and far points varies when we change viewing direction.

When we observe a picture on the wall, on the other hand, the visual information that defines near and far points is unaffected by viewing direction. Still, we interpret this perceptually as if it were a real object…

Thus, because the perspective, shadows, and light on the painting don’t change as you move around, if the eyes in the painting would be staring directly at the observer if said individual is standing in front of the painting, it creates something of a mild optical illusion in your brain such that the eyes will continue to seem to stare at you as you move to the side.

In contrast to the eyes following you trick, if the artist tweaks the painting a bit such that the eyes are looking off somewhere else instead of directly out at a potential observer, no matter where you stand, the eyes will never seem to be looking at you.

The technique first began popularly showing up in art around the 14th century when the artist and architect Fillipo Brunelleshi introduced the art world to the idea of “linear perspective”, linear perspective being painting with the idea of everything in the picture converging on a specific point on the horizon, creating the illusion of depth. This, combined with skilled use of light and shadow, allowed artists to create masterfully realistic paintings, including sometimes of people that stare at you creepily no matter where you stand, and totally aren’t Scooby Doo villains stalking you with the intent to murder you in your sleep.