Why was Lead Added to Paint? 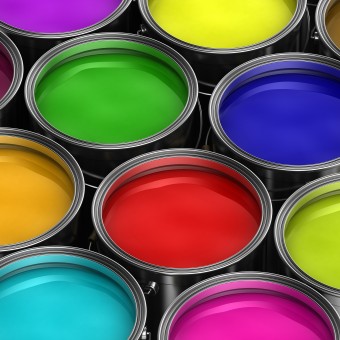 The use of lead in everyday objects dates back to the ancient Romans. They used lead in makeup, as an additive in food and wine, in pewter dinnerware, and many other items, including paint. The inexpensive metal was even used in the pipes that transported water throughout the Roman Empire. Lead continued to be used throughout history and into modern day. So it was no surprise that no one thought twice about adding lead to paint. But why did manufacturers add the heavy metal to paint? What purpose did it serve?

Different lead compounds are added to the paint as a pigment, creating a specific color depending on whichever compound is used. For example, lead (II) carbonate, known as white lead, makes the paint a white or cream color and the use of lead tetroxide makes a bright red paint.

The heavy metal additive also decreases the amount of time that the paint takes to dry, makes the paint more durable, and causes the paint to be more moisture resistant. This made lead-based paint ideal for use in homes, on metal exposed to the elements, and even children’s toys.

Of course, despite the durability of lead-based paints, they still have that little flaw of, well, containing lead. Exposure to the heavy metal can cause numerous health problems. High levels of lead present in the body can lead to convulsions, coma, and death, while lower levels of the metal can have harmful effects on the nervous system, brain, blood cells, and kidneys. Infants and children are most the susceptible to lead poisoning and may suffer from physical and mental development, behavior problems, and lower IQ levels.

Due to all this, the U.S. government banned the use of most leaded paints in 1978. However, it can still be used in houses, but the government requires that the lead content be less than 90 parts per million. As such, today the major source of exposure to lead paint and lead dust in the United States continues to be homes built before 1978. Lead-based paint was popular before that time, and thus was used in the construction of numerous homes. The EPA does note that lead paint that appears intact is not necessarily harmful. It can only produce dangerous lead dust if the paint has been damaged, such as if it is peeling, being rubbed, or during renovations.