What is the Longest Possible Prison Sentence for a Single Crime?

December 29, 2015 Melissa One comment
Tarin K. asks: What is the single worst crime you could commit, as in, what singular crime would net you the longest prison sentence? 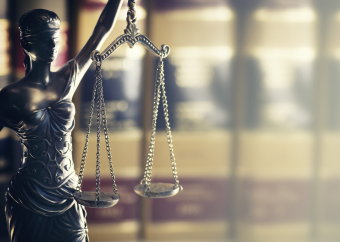 With the long-running debate over mandatory minimum sentences over the past couple of decades, it’s easy to forget that judges and juries often have a great deal of discretion when it comes to imposing criminal sentences for individual crimes. So while we can’t say what single crime will definitively result in the longest prison sentence, we can look at the crimes that have resulted in the records for the longest prison sentences in the United States and around the globe.

To begin with, the longest prison sentence ever imposed was 141,078 years. It was given in 1989 in Thailand to Chamoy Thipyaso and each of her seven accomplices for defrauding more than 16,000 Chinese investors as a part of a massive Ponzi scheme. (see: What is a Ponzi Scheme and Why Do We Call It That?)

On the other hand, in the U.S. the longest sentence for some form of corporate fraud was only 845 years. This was handed down in 2000 to Sholam Weiss, for his role in the collapse of National Heritage Life Insurance. By contrast, Bernie Madoff was only given 150 years for his 2009 conviction of defrauding thousands in a multi-billion dollar Ponzi scheme.

The second and third longest prison sentences (for any crime), globally, were given to Jamal Zougam (42,924 years) and Emilio Suárez Trashorras (49,922 years) for their roles in the 2004 train bombings in Madrid.

As for the longest prison term imposed in the United States, it was given in 1994 to the Oklahoma child rapist Charles Schott Robinson who was convicted of six counts of rape garnering him 5,000 years in prison each- a whopping 30,000 year sentence.

Also in Oklahoma, Darron B. Anderson and Allan W. McLaurin each had in the thousands of years ranges of prison time imposed for the kidnapping, robbery and rape of an elderly woman. Anderson was initially only sentenced to 2,200 years, but upon his second trial (he appealed and won a new one), that second jury imposed a sentence of 11,250 years. McLaurin was initially sentenced to 21,250 years, but the appellate court reduced it to a mere 500 years.

In 1981, after killing his wife, mother-in-law and an unlucky visitor to their home, Dudley Wayne Kyzer was sentenced to 10,000 years, along with a couple of life sentences, by an Alabama court. He has been up for, and denied, parole nine times.

The longest prison sentence imposed in Australia was given to Martin Bryant in 1996 for the Port Arthur, Tasmania massacre where he killed 35 and injured 23 others. His sentence included 1,035 years without parole plus 35 life sentences, one for each life he took.

Large prison sentences continue to be imposed today. Cleveland’s Ariel Castro received, as part of a plea deal in 2013, life plus 1,000 years for the kidnapping, rape and murder (for the intentional inducing of miscarriages) of three women over a 10-plus year period. He hanged himself in prison in 2013.

The infamous Aurora theater shooter, James Holmes, was given 12 life sentences plus an additional 3,318 years in 2015 for killing 12 people and injuring another 70.

Yet another extremely lengthy sentence doled out in 2015 was given to Billy Godfrey of Rolla, Missouri. His punishment included 35 life sentences for convictions of 35 counts of statutory sodomy. His victims, assaulted between 1995 and 1999, were between the ages of 8 and 13 at the time of Godfrey’s crimes.