December 24, 2017 Dusti
This is a weekly wrap of our popular Daily Knowledge Newsletter. You can get that newsletter for free here. 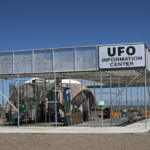 Apparently We Have All Been Saying “UFO” Wrong?

We here at TodayIFoundOut are firmly in the camp that language is constantly evolving and grammar lives to serve language and effective communication, not the other way around. Putting aside the issue of unintentional mistakes, intentional use of atypical grammar isn’t really something to get inherently upset or high and mighty about. And certainly those who claim some word, like “irregardless“, isn’t actually a word are never correct -all words are words from the moment someone first coins them, at least according to pretty much every major dictionary editor out there. (More on this in one of my favorite articles from the past year on…(more) 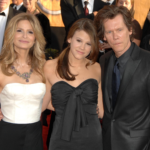 The basic premise of any person being within six degrees of relationship to each other traces back to at least 1929, mentioned in the short story “Chain-Links” from the book Everything is Different, by Hungarian author Frigyes Karinthy. In the story, Karinthy was putting forth the idea that, with advances in technology, despite vast distances between people and the growing world population, the world was actually shrinking from an interconnectedness standpoint- a trend that would no doubt only continue over time. As such, a game is proposed in the story as follows…(more) 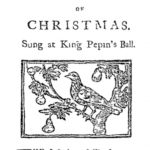 Making Sense of the “12 Days of Christmas”

Even the most ardent fans of Christmas will agree – the song “The Twelve Days of Christmas” does not make a whole lot of sense. What is a partridge doing in a pear tree? Partridges are ground-nesting birds! So where did perhaps the most earworm inducing Christmas song in history come from, and why are there twelve days in it, instead of just one? To begin with, while most people today only celebrate one day of Christmas, the holiday actually is supposed to encompass twelve days for many religious groups. While the exact days differ depending on the sect of Christianity, for most, the holiday begins on December 25th (Jesus’s birth) and ends on January 6th, which is known as the “Epiphany.” In between there are three feasts to…(more) 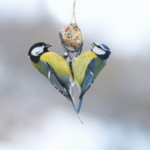 Frank Chapman was an ornithologist, publisher of Bird-Lore magazine, and curator of birds at New York City’s American Museum of Natural History at the turn of the 20th century. He enjoyed Christmas as much as anyone, but there was one yuletide tradition he abhorred: “side hunts,” in which groups of people divided into teams and spent the day roaming the countryside shooting every animal they came across. The hunted included rabbits, foxes, squirrels, and plenty of birds. Not for food—hardly any animals were eaten—but for sport. At the end of the day each team counted their kills, and the team that had the most animals was the winner. Chapman wanted to come up with a replacement for the side hunts that wouldn’t involve the pointless slaughter of so many animals, especially birds. Why not count…(more) 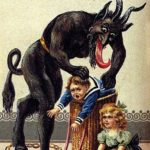 Santa Claus has long been the symbol of Christmas, bringing joy and presents to all the good girls and boys. But if you are child in Germany, Austria, and other parts of the Alps region, there may be something much more dark, mischievous, and grumpy hidden in the shadows next to dear old St. Nick. That something is Krampus, the Christmas demon. A beast-like creature with fangs, fur, and horns, Krampus announces his presence with loud bells and terrorizes the kids who have been naughty during the year. While Santa gives the good ones gifts and joy, Krampus gives the bad ones beatings with a…(more) 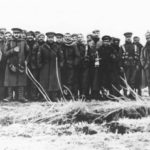 On the whole, people don’t generally like to kill one another. Most wars throughout history are often more about the agendas of the state’s leaders than the soldiers on the field actually inherently feeling any real malice towards those they are asked to try to kill or otherwise defeat. Few events in history illustrate this as well as a remarkable episode that took place during WWI when, despite the orders of their commanding officers and leaders, the soldiers threw aside their weapons, got out of the trenches and had a make-shift Christmas party with those that just hours before they’d been trying to kill. This momentous event has become known as The Christmas Truce…(more) 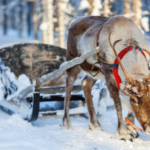 Unlike Santa, elves or even clean coal, reindeer are real. They may not fly, but there’s a good deal of truth around the many myths of Christmas’s favorite animal. Yes, they do live in extremely cold conditions. Yes, they are known to pull sleds. And, yes, their noses really do turn a shade of red given the right conditions. First off, caribou and reindeer essentially are the same animal and are classified as the same species (Rangifer tarandus). They are also both part of the deer family, or cervidae, which also includes deer, elk and moose. However, there are subtle differences. “Reindeer” is often used to describe the domesticated animals, the ones that are herded…(more)