The British Plan to Cover Germany with Anthrax- Operation Vegetarian 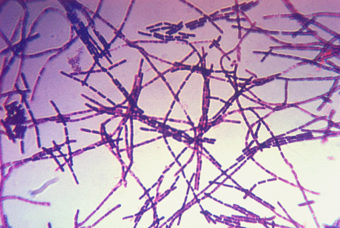 How deadly could a secret program code-named “Operation Vegetarian” be? So deadly that had it ever been implemented, millions would have died and thousands of square miles of European soil might still be unoccupied today.

On September 1, 1939, Adolf Hitler set World War II in motion when he invaded Poland. Germany attacked from the west, and 16 days later the Soviet dictator Joseph Stalin, by secret agreement with Hitler, invaded from the east. Poland kept fighting…but it never had a chance. When Poland surrendered on October 6, it disappeared from the map, its territory carved up and incorporated into Germany and the USSR.

The dismemberment of Poland was but the first in a series of rapid-fire victories by the Nazis: On April 9, 1940, Germany invaded both Denmark, which fell that same day, and Norway, which fell on June 10. By then Hitler had also invaded Belgium, which surrendered after 18 days; Luxembourg, which fell after one day; the Netherlands, which held out for five; and even mighty France, which capitulated on June 22, after just five weeks of fighting.

Then on July 10, Hitler began bombing England in preparation for Operation Sea Lion, his planned invasion of the British Isles. The British faced the threat almost entirely alone: by then every other country in western Europe had either fallen to Germany, was allied with it, or had declared its neutrality in the hope of avoiding Hitler’s wrath. Even the United States was officially neutral, and President Franklin D. Roosevelt was under tremendous pressure from isolationists to keep America out of the war. What little aid he was able to send to Great Britain was menaced by German U-boats patrolling the North Atlantic.

With the threat of invasion looming, Prime Minister Winston Churchill issued new orders to Porton Down, a secret military facility in southern England set up during World War I to study the use of poison gas as a military weapon. The facility was created after the Germans introduced chlorine gas to the battlefield in 1915, and work at Porton Down had continued ever since. Now Churchill gave it a new project: find a way to use the deadly disease anthrax in battle. It was out of this crash germ-warfare program that Operation Vegetarian was born.

Anthrax is the name of a disease caused by the bacterium Bacillus anthracis, which lives in soil. If the seedlike spores of the bacteria enter a cut in a person’s skin (a form of the disease known as cutaneous anthrax), the result is a serious infection whose most distinctive feature is a coal-black scab. That’s how anthrax gets its name—anthrakis is the Greek word for coal. When left untreated, cutaneous anthrax is deadly about 20 percent of the time.

When the spores are eaten or inhaled, the danger is far greater: gastrointestinal anthrax kills animals or people who eat the spores about 60 percent of the time, and inhalational anthrax kills its victims about 95 percent of the time. (Modern treatments have cut the mortality rates considerably, but those treatments weren’t available in the 1930s.)

DEATH FROM THE SKY

When anthrax spores are eaten by grazing livestock, even if the infected animals don’t die, their meat cannot be eaten because it will spread the disease to anyone or anything that consumes it. This was what the scientists at Porton Down decided to focus on: they came up with a plan to disrupt the German meat supply by wiping out vast herds of grazing cattle across northern Germany. They would accomplish this by dropping anthrax-tainted “cattle cakes” (concentrated dietary supplements that are typically fed to cattle) from Royal Air Force bombers over the pastures and grazing fields. Any cattle that ate the cakes would die within a few days, as would many thousands—or perhaps even millions—of Germans who came in contact with the cattle or the cakes. Once a portion of the German meat supply was shown to be poisoned, the thinking at Porton Down went, the country’s entire meat supply would become suspect. Terrified Germans would abstain from eating meat entirely (hence the name Operation Vegetarian) making wartime food shortages—and German morale—even worse.

Officials at Porton Down placed an order with a supplier for enough raw materials to make for five million cakes. Then it contracted a London toilet soap manufacturer to cut the material into individual cakes about an inch in diameter and weighing less than an ounce apiece. Finally, Porton Down hired a dozen soap makers, all of them women, to come to the secret facility and inject the cattle cakes with anthrax spores supplied by the Ministry of Agriculture, which produced them in a lab.

By the spring of 1944 all five million cakes had been manufactured and pumped full of anthrax; the modified RAF bombers that would drop them over northern Germany were ready as well. Porton Down’s planners estimated that it would take about 18 minutes for the bombers to reach their targets over Germany. Upon arrival they would drop 400 cakes every two minutes in a bombing run that lasted 20 minutes, dropping 4,000 cakes in all. If 12 bombers were used in the mission, they’d drop 48,000 cattle cakes. When they finished, most of the grazing land in northern Germany would be contaminated with anthrax. And there would be millions of cattle cakes left over for future bombing runs in other parts of Germany.

“The cattle must be caught in the open grazing fields when lush spring grass is on the wane. Trials have shown that these tablets are found and consumed by the cattle in a very short time,” Dr. Paul Fildes, director of Porton Down’s biology department, observed.

And because the anthrax spores can remain viable in the soil for a century or more, the poisoned land would remain uninhabitable for generations. No cattle would be able to graze there, nor would humans be able to step foot there for many decades to come.

All that remained was for Winston Churchill to give the order for Operation Vegetarian to proceed.

The order never came. Why not? Because by then the war had turned decisively against Germany. Operation Sea Lion, Hitler’s plan for a land invasion of England, was never put into effect: British fighters shot so many German planes out of the sky in the run-up to the invasion that Hitler was forced to put it aside. Instead, he set his sights on Russia, and invaded his former ally in a sneak attack on June 22, 1941.

After months of steady progress, by October 1941 the Nazi invasion of Russia began to bog down, and Hitler failed to take Moscow before winter set in. Instead of finding shelter in the city, his ill-equipped, poorly clothed troops suffered through the brutal Russian winter in the open countryside, and many thousands died or were incapacitated by frostbite. Moscow never did fall, and by spring the Russians had regrouped and began to push back against the Germans. Then on December 7, 1941, Japan bombed Pearl Harbor, bringing the United States into the war. His hands no longer tied by the isolationists, President Roosevelt could now back Great Britain with all of the military might at his command.

When Hitler’s attempt to take the city of Stalingrad failed in February 1943, the German advance against Russia was halted completely. For the rest of the war, the Russians pushed the Nazis relentlessly back toward Germany. The Allied invasion of Italy followed in July 1943; then on D-Day, June 6, 1944, the long-awaited Allied invasion of France began.

THANKS, BUT NO THANKS

With Great Britain’s survival no longer in question and the defeat of Germany just a matter of time, in the spring of 1944 Winston Churchill opted against putting Operation Vegetarian into action. At the war’s end in 1945, all five million cattle cakes were fed into an incinerator at Porton Down and destroyed.

Any doubts as to just how deadly an anthrax attack over thousands of square miles might have been were laid to rest in the one place where the British actually did use anthrax during the war: Gruinard Island, a 520-acre island less than a mile off the coast of northwest Scotland. Early in the war, the British requisitioned the island, and in 1942 and 1943 they used it as a test site for anthrax bombs. In one such test, 60 sheep were tethered in a line and an anthrax bomb was detonated upwind from them. The sheep inhaled the anthrax spores, and within a few days all of them were dead.

If you had to dispose of 60 anthrax-infected sheep without getting yourself killed in the process, how would you do it? The Porton Down scientists dumped them at the bottom of a cliff on the island, then buried them (or so they hoped) by dynamiting the cliff. But one of the sheep was blown into the water and floated to the Scottish mainland, where it washed ashore on a beach. There it was partially eaten by a dog. The dog died, but not before spreading anthrax to seven cows, two horses, three cats, and 50 more sheep, all of whom died as well. Quick payments to the farmers who owned the animals hushed up the incident, and it wasn’t until the 1980s that the truth about what killed their dog, cows, horses, cats, and sheep finally became known.

When the British government requisitioned Gruinard Island at the start of the war, it planned to return the island to its owners once the war was over and the anthrax spores were removed. But several attempts to clean the spores failed, and in 1946 the government gave up. It bought the island outright and ordered the public to stay away. To drive the message home, it posted scary signs on Gruinard’s beaches that read:

The government promised to sell the island back to its owners for £500 (about $620 today) if a way to render it “fit for habitation by man and beast” was ever found. For decades afterward, Porton Down scientists visited the island regularly and took soil samples to see if the anthrax spores were still there. They were.

Finally in the 1980s, the government gave up on waiting for the spores to disappear naturally. It hauled away tons of the most contaminated topsoil and injected 280 tons of formaldehyde into the island’s groundwater to see if that would kill the remaining spores. They also reintroduced sheep to the island. In 1990, when those sheep failed to die and fresh soil samples showed no signs of anthrax, the scary signs were removed and the descendants of the original owners were permitted to buy the island back for £500, just as promised.

So is that the end of the story? The British government believes (and certainly hopes) so, but the Ministry of Defence has set up a fund to compensate any future victims of anthrax on Gruinard Island…just in case.