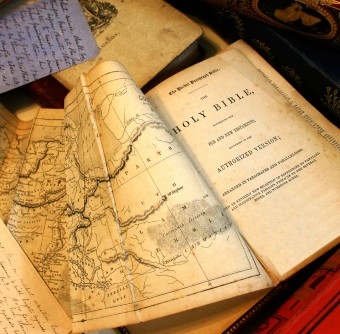 When I was a kid, my parents had a collection of historic old, yellowed newspapers. For example, I distinctly remember an old Washington Post newspaper sitting on a bookshelf from July 21, 1969 with the headline “The Eagle Has Landed – Two Men Walk on the Moon.” Or a fading, brownish-yellow one from August 8, 1974 with the big headline, “Nixon Resigns.” These newspapers are fascinating artifacts documenting history, from remarkable moments to the relatively mundane. Unfortunately, they were also hard to read due to the yellowed, brown color and fading print. So why do old newspapers – and books – turn yellow? And is there any way to prevent this from happening?

It is generally thought that paper was invented around 100 BC in China. Originally made from wet hemp that was, then, beaten to a pulp, tree bark, bamboo, and other plant fibers were eventually used. Paper soon spread across Asia, first only being used for official and important documents, but as the process became more efficient and cheaper, it became far more common.

Paper first arrived in Europe likely around the 11th century. Historians believe the oldest known paper document from the “Christian West” is the Missal of Silos from Spain, which is essentially a book containing texts to be read during Mass. This paper was made out of a form of linen. While paper, books, and printing would evolve throughout the next eight hundred years, with the Gutenberg printing press coming in the mid-15th century, paper was normally made out of linen, rags, cotton, or other plant fibers. It wouldn’t be until the mid-19th century when paper was made out of wood fiber.

So what changed?  In 1844, two individuals invented the wood paper-making process. On one end of the Atlantic Ocean was Canadian inventor Charles Fenerty. Growing up, his family owned a series of lumber mills in Nova Scotia. Knowing the durability, cheapness, and availability of wood, he realized it could be a good substitute for the much more expensive cotton used in paper. He experimented with wood pulp and on October 26, 1844, he sent his wood pulp paper to Halifax’s top newspaper, The Acadian Recorder, with a note touting the durability and cost-effective spruce wood paper. Within weeks, the Recorder used Fenerty’s wood pulp paper.

At the same time, German binder and weaver Friedrich Gottlob Keller was working on a wood-cutting machine when he discovered the same thing as Fenerty – that wood pulp could act as a cheaper paper than cotton. He produced a sample and, in 1845, received a German patent for it. In fact, some historians credit Keller for the invention more than Fenerty simply due to the fact that he received a patent and the Canadian did not.

Wood is primarily made up of two polymer substances – cellulose and lignin. Cellulose is the most abundant organic material in nature. It is also technically colorless and reflects light extremely well rather than absorbs it (which makes it opaque); therefore humans see cellulose as white. However, cellulose is also somewhat susceptible to oxidation, although not nearly as much as lignin. Oxidation causes a loss of electron(s) and weakens the material. In the case of cellulose, this can result in some light being absorbed, making the material (in this case, wood pulp) appear duller and less white (some describe it as “warmer”), but this isn’t what causes the bulk of the yellowing in aged paper.

Lignin is the other prominent substance found in paper, newspaper in particular. Lignin is a compound found in wood that actually makes the wood stronger and harder. In fact, according to Dr. Hou-Min Chang of N.C. State University in Raleigh, “Without lignin, a tree could only grow to about 6 ft. tall.” Essentially, lignin functions as something of a “glue,” more firmly binding the cellulose fibers, helping make the tree much stiffer and able to stand taller than they otherwise would, as well able to withstand external pressures like wind.

Lignin is a dark color naturally (think brown-paper bags or brown cardboard boxes, where much of the lignin is left in for added strength, while also resulting in the bags/boxes being cheaper due to less processing needed in their creation). Lignin is also highly susceptible to oxidation. Exposure to oxygen (especially when combined with sunlight) alters the molecular structure of lignin, causing a change in how the compound absorbs and reflects light, resulting in the substance containing oxidized lignin turning a yellow-brown color in the human visual spectrum.

Since the paper used in newspapers tends to be made with a less intensive and more cost-efficient process (since a lot of the wood pulp paper is needed), there tends to be significantly more lignin in newspapers than in, say, paper made for books, where a bleaching process is used to remove much of the lignin. The net result is that, as newspapers get older and are exposed to more oxygen, they turn a yellowish-brown color relatively quickly.

As for books, since the paper used tends to be higher grade (among other things, meaning more lignin is removed along with a much more intensive bleaching process), the discolorization doesn’t happen as quickly. However, the chemicals used in the bleaching process to make white paper can result in the cellulose being more susceptible to oxidation than it would otherwise be, contributing slightly to the discolorization of the pages in the long run.

Today, to combat this, many important documents are now written on acid-free paper with a limited amount of lignin, to prevent it from deteriorating as quickly.

As for old historic documents – or my parent’s old newspapers – there may not be a way to reverse the damage already done, but one can prevent further damage. It is important to store the documents or newspaper in a cool, dry, dark place, just like how museums store historic documents in a temperature-controlled room with low-lighting. Additionally, do not store them in an attic or basement; those places can get humid and can have significant temperature swings. If one would like to display the newspaper or document out in the open, put it behind UV protected glass to deflect harmful rays. Most importantly, limit the handling of said document or newspaper – nothing destroys a valuable piece of paper like frequent handling.