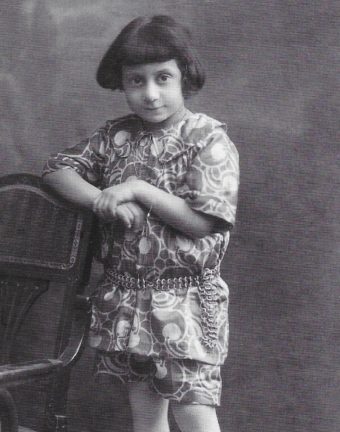 Bad news: We have no control over who our parents are. Good news: Most of us did a lot better than Benito Mussolini Jr. did.

In 1912, a 20-year-old political activist named Benito Mussolini became the editor of Avanti! (“Forward!”), the Italian Socialist Party’s newspaper. He held the post until World War I in 1914, when he split with the party over whether Italy, then neutral, should enter the war. Mussolini favored entry, but the Party wanted the country to stay out. Mussolini resigned from Avanti! over the issue and made plans to start his own newspaper, Il Popolo d’Italia (“The People of Italy”).

But that required money, and Mussolini didn’t have any. Luckily for him, he was involved with a woman who did—Ida Dalser, who owned a beauty salon in Milan. The pair were soon married; Dalser sold her salon and pawned her jewelry to give Mussolini the money he needed to launch his newspaper. In 1915, she gave birth to a son, Benito Albino Mussolini.

By the time Benito Jr. was just one month old, Benito Sr. had already abandoned the family. He married another woman—Rachele Guidi—apparently without divorcing Ida.

When Italy entered the war in 1915, Mussolini joined the army, and after the war he returned to politics, founding the National Fascist Party in 1921. He was elected to the Italian parliament the same year, and in 1922, led 25,000 Fascist paramilitary thugs (known as Blackshirts) in a march on Rome and forced the king to appoint him prime minister. In the years that followed, he used the position to dismantle Italy’s democratic institutions and turn the country into a police state with himself at its head as Il Duce: “The Leader.”

As he tightened his grip on power, Mussolini also created a personality cult to rival those of Joseph Stalin in Russia and Adolf Hitler, who would come to power in Germany in 1933. Il Duce, his second wife, Rachele, and their children were presented to the nation as the ideal Fascist family, a task made more difficult by the fact that Ida Dalser was noisily proclaiming to anyone who would listen that she was Mussolini’s wife and the mother of his oldest son and namesake, a young man the country knew nothing about.

The news that Mussolini was a bigamist and a deadbeat dad might well have been enough to topple him in the early days of his rule, when his enemies were still strong enough to drive him from power if they acted together. But Ida Dalser had an even more serious accusation to make: She claimed that the only reason Mussolini had lobbied for Italy’s entry into World War I was because the French government had bribed him to do it—a charge that, if true, meant he was guilty of treason.

Mussolini placed Dalser and Benito Jr. under surveillance and dispatched Fascist Party agents to destroy marriage records, birth certificates, and anything else they could find that tied him to Dalser and her son. But they missed a few obscure documents, including two 1915 affidavits signed by Mussolini in which he acknowledged Dalser as his wife and Benito Jr. as his son, and pledged to provide both with financial support. Another surviving document from 1916 ordered Mussolini to honor that pledge, which he’d already failed to do.

THEY MUST BE CRAZY

As late as 1926, Ida Dalser continued to press her case with various Fascist government officials. That year she was arrested and locked away in the first of a series of mental hospitals until 1937, when she died from what was claimed to be a brain hemorrhage.

Benito Jr. fared only marginally better. Just 11 years old when his mother was taken away, he was told she’d died, and he was sent to live in a home for the handicapped. At 15, he was adopted by a Fascist party official who gave him a new last name. When the boy was old enough, he went off to college, and when World War II loomed, he joined the Italian Navy. Though he’d been warned for years to stop claiming he was Mussolini’s son, like his mother before him, he never did. And like his mother, he was arrested and locked away in a mental hospital, where he died in July 1942 at the age of 27. Accounts vary as to how he died: Some say he was killed with “coma-inducing injections,” others say it was from electric shock treatments. Whatever the case, his family was told that he died in the war. In a final attempt to erase him from history, he was given a pauper’s funeral and buried in an unmarked grave.

Il Duce did not outlive his oldest son by much. Two weeks after the Allies invaded Sicily in July 1943, Mussolini was deposed and arrested, and the Italian government began negotiating surrender terms with the Allies. Two months later, Nazi commandos rescued Mussolini from confinement and installed him as the head of a puppet state in German-occupied northern Italy. That lasted until April 1945, when the Allies drove the last Germans out of Italy and the puppet state collapsed. Mussolini and his mistress, Clara Petacci, were captured by Italian partisans as they tried to flee to Switzerland. They were executed by firing squad the following day. Two days later, Hitler committed suicide in his Berlin bunker. Within a week, the war in Europe was over.

BIRDS OF A FEATHER

But the story doesn’t end there.