The Curious Case of Ronald Opus 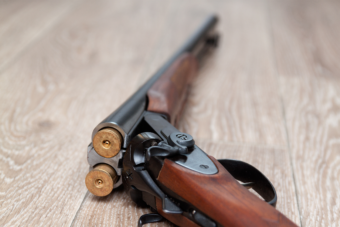 In 1987, then president of the American Academy of Forensic Sciences, Dr. Don Harper Mills, went on stage at a banquet for members of that organization and told a story about a recent case in which a medical examiner had investigated a suspicious death and concluded that a man was guilty of his own murder.

Here’s a cliffnotes version of the pertinent events:

A medical examiner receives the body of a man called Ronald Opus who has been killed by a shotgun blast to the head. Upon further examination it’s revealed that Opus was killed in mid-air while committing suicide. A note was found near Ronald’s body indicating that he was despondent and planned on taking his own life by leaping off the top of a 10 story building.

Now, in most cases, this would mean that the death would be ruled a suicide even though he was killed by the shotgun and not the fall. This is because the law usually rules that when a suicidal person is killed by an agent outside of their control in the middle of the act of committing suicide, it’s still a suicide. This is why, for example, you wouldn’t be charged for homicide if a suicidal person intentionally stepped in front of your car.

However, the case became complicated when the medical examiner found that, unbeknownst to Opus, a net had been installed on the 8th floor to protect window washers from falling. As a result, the medical examiner ruled that Opus would have survived the fall, meaning the shooter could potentially be tried for homicide.

Upon further examination, the medical examiner discover the shooter was an elderly man who had been arguing with wife on the 9th floor and had, in anger, pointed a shotgun at her. The shotgun had gone off during the argument but due to the man’s frailty and advanced age, it had pulled to the left and fired out of a nearby window at the exact moment Opus fell past it. The medical examiner felt this constituted homicide as the man had pointed the shotgun with deadly intent and had killed someone. By law, even though the man had no idea Opus was there, he was still on the hook for the murder as he’d discharged the weapon while using it in a threatening manner- the man had pointed the gun with the intent to kill and killed someone, which seemed pretty open and shut.

When the man was presented with this information, though, both he and his wife insisted that the shotgun wasn’t loaded and that in fact, the husband would frequently point the unloaded weapon at his wife during arguments, something friends and family could attest to. It was the opinion then of the examiner that the death was nothing more than a tragic accident. Until it emerged it wasn’t.

While investigating the case, the examiner learned that the man’s son had been seen loading the shotgun several weeks before the event. Soon afterwards, it came to light that the man’s son had been cut off financially by his mother and it was assumed that he’d, in an attempt to have her killed, loaded the shotgun thinking his father would, as he often did, point it at her while arguing and accidentally kill her. With this new information, the examiner ruled that the son was guilty of causing Ronald Opus’ death and asked the man for his son’s name. The man responded- Ronald Opus.

Thus, one Ronald Opus, through a bizarre confluence of events, ended up being responsible for his own murder.

So what was the case Dr. Mills was citing?  Contrary to longstanding internet rumors to the contrary (going all the way back to 1994), Mr. Opus never existed.  According to Mills (who sadly passed away in 2013), he mostly made up the story as he went along, only mapping out a few details beforehand, with the goal of the story being to “illustrate how if you alter a few small facts, you greatly alter the legal consequences” and also to serve as an amusing hypothetical that would appeal to an audience of forensic scientists.

However, someone managed to get their hands on a copy of the speech and posted it to an internet message board, presenting it as a real case. Due to the nature of the early days of the internet, who did this and exactly when will likely forever be lost to history, giving us only a rough time frame of the story first being circulated online  as, according to Mills, “sometime in 1994”.

From there, it spread and the American Academy of Forensic Sciences has been fielding questions about it ever since. As for Dr. Mills himself, he received countless calls about the story from, according to him, “librarians, journalists, law students, even law professors wanting to incorporate it into text books”. In fact, in 1997, he reported he’d received over 400 phone calls about the story in the two years previous, meaning an average of about one every two days from the time it took off online. Dr. Mills said he was happy to answer these queries, usually explaining that the story was made up and that he only ever intended for it to be a hypothetical anecdote to show “how different legal consequences can follow each twist in a homicide inquiry”.

To Mill’s surprise, the case never really died and as the internet grew, it continued to be shared in email forwards and forum posts, almost always being presented as something that actually happened. Even today, some three decades after Mills first told the story, you can still find many-a-website presenting it as a case that really happened, despite that it’s easily debunked with even a modicum of effort.

Say what you want about the gullibility of we humans, but Mills sure knew how to tell a good story.