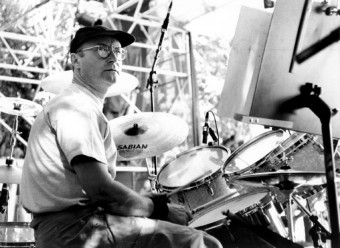 Myth: Phil Collins wrote “in the air tonight” after a friend of his drowned and a person on shore could have saved him, but didn’t.

Phil Collins did not write the song In the Air Tonight about a guy who could have saved another guy from drowning, but chose not to do so. Twists on this urban legend include stories such as: “Phil Collins was on a boat with a friend when his buddy fell overboard. Phil Collins couldn’t swim, so called out for a guy on a nearby dock to come save his friend, but the guy just sat there and watched while the man drowned.” (One wonders why, in that scenario, he wouldn’t just toss his friend a life jacket or other flotation device from the boat.) Alternatively, “Phil Collins saw a man drowning as he was walking along a beach. He tried to save the man, but was too far away and couldn’t get to the man in time. However, there was a man that was very close to the drowning victim who just stood there and watched.”

Most of these stories include an ending where Phil Collins eventually invites the offending guy to one of Collins’ concerts, giving him a front row seat, then sings In the Air Tonight and reveals to the crowd how this man stood by and let someone die when he could have saved him.

While this makes an interesting story, none of these variations ever happened. In fact, Phil Collins himself notes that he isn’t really sure what In the Air Tonight is about. He didn’t write it in the traditional way most musicians write songs. Rather, he set the basic chords and music and then just started singing whatever came to mind at that given moment.

At the time, Collins was going through a pretty devastating divorce with his wife, Andrea Bertorelli, whom he had been married to for about four years and whom he had a son with. After returning home from tour, he found out she was having an affair with their painter/interior decorator. The song itself came out of the anger he was feeling about that situation, though he states it wasn’t specifically about anything. It was just a song about being angry. As Collins stated in a BBC interview:

“I was just fooling around. I got these chords that I liked, so I turned the mic on and started singing. The lyrics you hear are what I wrote spontaneously. That frightens me a bit, but I’m quite proud of the fact that I sing 99.9 percent of those lyrics spontaneously.” “I don’t know what this song is about. When I was writing this, I was going through a divorce. And the only thing I can say about it is that it’s obviously in anger. It’s the angry side, or the bitter side of a separation. So what makes it even more comical is when I hear these stories which started many years ago, particularly in America, of someone come up to me and say, ‘Did you really see someone drowning?’ I said, ‘No, wrong’. And then every time I go back to America the story gets Chinese whispers, it gets more and more elaborate. It’s so frustrating, ‘cos this is one song out of all the songs probably that I’ve ever written that I really don’t know what it’s about, you know.”