January 1, 2017 Dusti
This is a weekly wrap of our popular Daily Knowledge Newsletter. You can get that newsletter for free here. 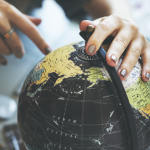 That Time Hoover Acciedentally Cost Itself Almost 50,000,000 by Giving Away Free Flights with the Purchase of a Vacuum Cleaner
Giving away free stuff with a purchase is a good way to bolster sales and can result in a tidy increase in profits, provided you follow the general rule of making sure the long term projected profit from the promotion is greater than the cost of the giveaway. Appliance giant Hoover learned this seemingly obvious lesson first hand in 1992 when they inexplicably decided to give away free flights worth several times more than most of the products they were selling as part of what has become known as Hoovergate- one of the most disastrous marketing campaigns of all time, today taught in marketing text books the world over.Though Hoover sells a multitude of appliances and domestic goods, the company is known mostly for its…(more) 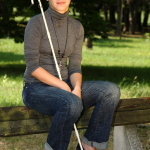 Why Do Blind People Wear Sunglasses

One of the most common questions we’ve been asked over the years, right up there with how blind people know they are done wiping after going #2, is why blind people wear sunglasses. After almost seven years of being asked this question, we suppose it’s high time we answered it. It should first be noted that, contrary to what many seem to think, not all blind people are completely blind. In fact, the vast majority of legally blind people can see at some level, just very poorly. For reference, the American Foundation for the Blind defines blindness as…(more) 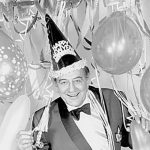 This tradition is mostly thanks to Guy Lombardo and the Royal Canadian Band. While their work is largely unknown to those born in the last few decades, the band has sold over 300 million records to date. Guy Lombardo himself has three stars on the Hollywood Walk of Fame, and he was once the “Dick Clark” of New Years before Clark and his “New Year’s Rockin’ Eve,” attempting to appeal to younger audiences, started supplanting “Mr. New Year’s Eve,” Guy Lombardo. It was in 1929 that Guy Lombardo and his band took the stage at the Roosevelt Hotel in New York City on New Year’s Eve. Their performance that night was being broadcast on the radio, before midnight Eastern-time on…(more) 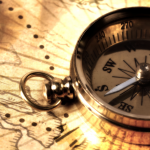 The $2 Million Treasure Chest Currently Hidden in the Rockies

Forrest Fenn was a kid growing up south of Waco, Texas, in the late 1930s. His father was the principal of the local school, and when he wasn’t busy seeing to the education of the town children, the elder Fenn passed on a love for a different kind of learning to his son: scouring the countryside for Native American artifacts. Forrest found his first arrowhead when he was about nine years old. “I was exhilarated and it started me on a lifelong adventure of discovering and collecting things,” he told an interviewer in 2013. Fenn joined the U.S. Air Force in 1950 and became a fighter pilot. His military career took him…(more) 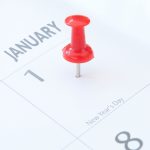 Because Julius Caesar said so. Since long before Caesar’s time, date keeping was dicey. In fact, the 355-day Roman calendar that immediately preceded Caesar’s Julian, worked on a four year cycle where every other year, an additional month was inserted between February (Februarius), the last month of that calendar year, and March (Martius), the first month of the year; this was done in order to catch the calendar up with the Earth’s orbit of the Sun. That additional month, called the Mensis intercalaris, brought in the missing 22 or 23 days, and to even things up, took another five days from February in the years…(more) 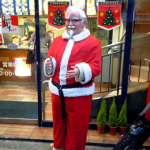 Kentucky Fried Chicken is hardly considered a suitable place to get one’s food for a traditional Christmas meal in most parts of the world. There is one exception, though. In Japan, it is a Christmas tradition to order KFC. So how exactly did Christmas, the celebration of the birth of Jesus Christ, become synonymous with a bucket of fried chicken in the land of the rising sun? Well for one, Christmas wasn’t really celebrated at all historically in Japan and has only relatively recently been adopted. The Japanese predominantly followed the Buddhism and Shinto religions, so Christmas was essentially adopted from the West and holds little religious…(more) 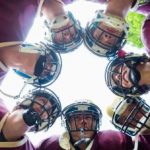 Prior to the twentieth century, American football teams tended to call their plays via a quarterback simply giving signals while the team either stood in more or less a generic near-set position or back from the line a bit as the quarterback called out what they’d do next. So where did the idea of standing well behind the line of scrimmage in a huddle come from? While there are no contemporary news reports or other definitive primary documents from the time period to support the story, it is generally claimed that quarterback Paul Hubbard of Gallaudet University invented the huddle sometime between 1892 and 1895, though if so, perhaps after 1892 as Hubbard wasn’t…(more) 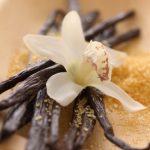 Why is Vanilla Added to Recipes

Enhancing the flavor of the other ingredients in a sweet dish, vanilla also adds a spicy, delicate taste and packs a strong, enticing aroma. This is why, despite its expense, vanilla is wildly popular among home cooks and professional pastry chefs alike.Native to Central and South America, vanilla was first cultivated by the Totonac of east-central Mexico, who, after being conquered by the Aztecs in the 15th century, sent vanilla to their overlords to satisfy their tribute demands. When the Aztecs, in turn, were conquered by the Spanish, legend has it that Montezuma introduced to Cortez to vanilla with a beverage of cacao beans, ground corn, vanilla and honey. Whatever the case…(more)