November 27, 2016 Dusti
This is a weekly wrap of our popular Daily Knowledge Newsletter. You can get that newsletter for free here. 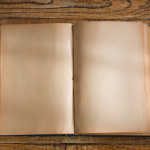 It’s easy to dismiss the phrase, “This page is intentionally left blank” and its usage as an example of bureaucracy gone mad, but it and the blank pages themselves are actually there for good reason. To begin with, the practise of marking intentionally blank pages, known as vacat pages, some form of “intentionally blank” goes all the way back to the dawn of automated printing itself, where mistakes in printing were relatively common. Like today, the main purpose of marking these pages in this way was simply to make sure people knew that the blank page wasn’t a result of a printing error. Given this, it’s no surprise that you’ll almost always only see this text on pages that you might otherwise think shouldn’t be blank given their position in the written work.  This brings us around to the much more interesting question…(more) 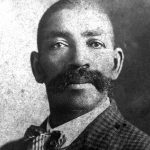 While historians posit that the Wild West was nowhere near as wild as Hollywood would have you believe, it was a place where certain lawmen forged reputations as legendary heroes in their pursuit of outlaws. (Although in some cases, such as Wyatt Earp, the lawmen were little better than some of the criminals, see: Wyatt Earp – The Great American… Villain?) As for “The Indomitable Marshal” Bass Reeves, he was a former slave turned Deputy Marshal who captured some 3000 outlaws in his long and storied career. Born in 1838 somewhere in Arkansas, Reeves spent his childhood as the slave of State legislator William Steele Reeves. Little is known about Reeves’ youth and he seldom talked about it as an adult, but…(more) 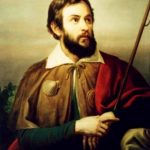 The myth that they dressed like this stems from a popular clothing style in England in the late 17th century, which carried over to 18th and 19th century artist depictions of Pilgrims. In fact, historical records of Pilgrims’ clothing, such as the passenger list of the Mayflower, wills, which included descriptions of clothing, and other such records, paint a very different picture than the late 17th century artists depicted. For starters, the Pilgrims didn’t wear buckled hats. They also didn’t wear buckles on their shoes or waists. Buckles were expensive and not in fashion at the time. They simply wore the much cheaper leather laces to tie up their shoes and hold up their pants. Buckles later became very popular in England for their expense and as a fashion statement. Those who were too poor to afford…(more) 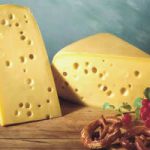 Why Swiss Cheese Has Holes In It 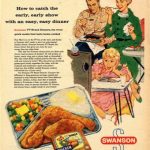 TV dinners weren’t officially created until the 1950s under that name, so before that time single guys, people that simply can’t or hate to cook, and harried moms had to find other ways to rustle up dinner in a hurry. It’s hard to imagine surviving in such primitive conditions, but our ancestors were a hearty bunch.Like many products that have enjoyed massive and steady popularity over the years, there’s a long line of folks who claim credit for the invention of the TV dinner. The evolution of the product began in 1941 when Maxson Food Systems Inc. produced the first ready to eat frozen meal. These dinners were called “Strato-Plates,” which were complete meals to be reheated and served to both civilian and military airline passengers. They consisted of meat, a potato and a vegetable, served on a plastic plate with three dividers. Unfortunately, because of…(more) 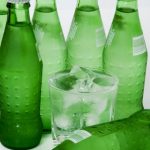 7-Up Used to Contain Psychiatric Medication

The lemon-lime flavored soda, 7-UP was created by Charles Grigg of the Howdy Corporation in 1929 and first launched two weeks before the stock market crash that spurred the Great Depression… Timing! It was originally named “Bib-Label Lithiated Lemon-Lime Soda”, and included lithium citrate in its formula. Lithium citrate is a mood-stabilizing drug that was popular in the late 19th and early 20th centuries, and is still used sometimes today for people with bipolar disorder, among others. Many of the first sodas to be produced included drugs or metals and were often touted as health drinks. For instance, Coca Cola originally included coca leaves (hence contained a small amount of cocaine) in its formula and was intended to be a coca-wine cure-all…(more) 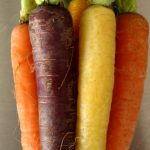 Carrots Used to be Purple Before the 17th Century

The modern day orange carrot wasn’t cultivated until Dutch growers in the late 16th century took mutant strains of the purple carrot and gradually developed them into the sweet, plump, orange variety we have today. Before this, pretty much all carrots were purple with mutated versions occasionally popping up including yellow and white carrots. These were rarely cultivated and lacked the purple pigment anthocyanin. It is thought that the modern day orange carrot was developed by crossing the mutated yellow and white rooted carrots as well as varieties of wild carrots, which are quite distinct from cultivated varieties. Some think that the reason the orange carrot became so popular in the Netherlands was in tribute to the emblem of the House of Orange and the struggle for Dutch independence. This could be, but it also might…(more) 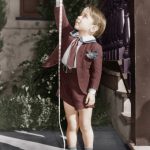 We all remember being 12 years old and seeing your mom guzzling down her 3rd cup of coffee and really wanting some. When we asked if we could have a cup, the response was always the same: “No, caffeine will stunt your growth…” As if being tall was a necessary element in survival! It turns out though, that caffeine will not hinder you growing to NBA-like proportions. It isn’t known how this old wives’ tale came into societal acceptance. It probably gained some traction with numerous studies showing that drinking caffeine will increase the amount of calcium that gets excreted in your urine. Calcium is a necessary element for bone health. So it isn’t too farfetched to say because of this, adolescents shouldn’t drink it or they might inhibit the ability of their bodies to grow healthy bones. The problem with this idea is…(more)