October 2, 2016 Dusti
This is a weekly wrap of our popular Daily Knowledge Newsletter. You can get that newsletter for free here. 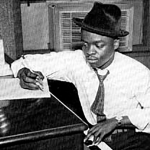 Even if you’ve never heard of Otis Blackwell, you’ve almost certainly heard his music—he was one of the most influential songwriters of the 20th century. Here’s the story of the most famous songwriter most people have never heard of. In the mid 1950s, Otis Blackwell was a struggling songwriter who pressed pants in a New York City tailor’s shop during the day to make ends meet. He’d been selling songs since he was a teenager and had made a few contacts, but he just wasn’t making it in the business. On Christmas Eve 1955, he was so broke that he went and stood on the sidewalk in front of the famous Brill Building (then the unofficial headquarters of the American recording industry), in the hope of spotting someone he knew and cajoling them into buying a song or two so that he’d have some money…(more) 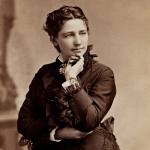 The 19th amendment to the United States Constitution, which was the result of many decades of hard work and lobbying from tireless suffragists who battled on both the state and national fronts, prohibits any US citizen from being denied the right to vote on the basis of their sex. Nearly a half century before this Constitutional amendment was ratified on August 18, 1920, activist Victoria Claflin Woodhull decided to run for the “nation’s highest office”, announcing her candidacy on April 2, 1871. Woodhull began life as Victoria Claflin in 1838 as the seventh of ten children born to Roxanna and Reuben Claflin. Despite what you might think from her later successes, including becoming the first female stock broker on Wall Street, the young Victoria only had three years of formal education, occurring from age eight to eleven. She might have received more schooling had her father not intentionally burned…(more) 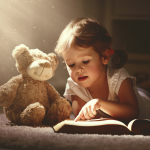 When the United Mine Workers of America went on strike in the spring of 1902, neither the miners nor the mine owners were quick to settle their disagreements. Fearing a shortage of coal for the approaching winter months- a major problem as coal was one of the primary ways people heated their homes at the time (which eventually led to the development of Play-Doh, not originally as a toy, but as wallpaper cleaner)- President Theodore Roosevelt decided to intervene. Finally, in October, the union workers and mine owners agreed on a deal. With the crisis averted, Roosevelt decided it was time for a vacation and accepted an invitation from Mississippi Governor Andrew H. Longino to accompany him on a hunting trip that November. With trappers, horses, camping supplies, 50 hunting dogs, and journalists, away they went! Hunting bears in the swamplands was considered…(more) 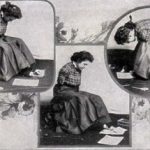 The woman was Kittie Smith. Smith lost her arms as a child, after having both her arms and hands burned badly on a kitchen stove. It is unclear exactly how her arms came to be burned so badly so that they needed amputated. It is thought by many that her father did it intentionally, given his history of alcoholism and abuse of his children, as well as the manner and severity in which she was burned. However, later in life, Kittie denied this and said it was an accident. In Kittie’s own words: My father was a drinking man and was in the habit of sending his children to a neighboring saloon for liquor, though I was sent more often than any of the others. I remember tasting of the liquor I carried, and think it was always beer. In November, 1891, and on the afternoon of Thanksgiving Day, my father…(more) 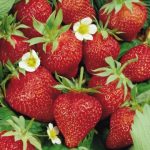 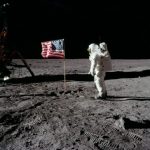 On July 20, 1969, Apollo 11 touched down on the moon. At 10:56 pm eastern standard time, Neil Armstrong accomplished another first. With the immortal words, “That’s one small step for a man, one giant leap for mankind,” (or something like that) Neil Armstrong became the first human to step foot on a major celestial object. Soon after, Buzz Aldrin joined Armstrong on the alien surface. The two of them spent the next two and half hours exploring, taking pictures, and collecting samples. Before they took off back to Earth, Apollo 11 left evidence of their rendezvous with the moon. Besides Armstrong’s boot print and a bunch of junk, the astronauts also planted a three foot by five foot nylon American flag mounted on a pole into the ground. Subsequent Apollo missions that made it to the moon followed suit. But what happened to all of these flags? Are they still standing? Do they even still exist after…(more) 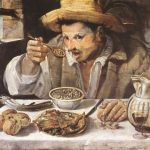 Beans contain a sugar molecule called ‘Oligosaccharides’. These types of sugars cannot be digested by the stomach or small intestine. They get passed on to the large intestine where numerous types of bacteria begin to break them down. During the process, the bacteria release several different types of gases, mainly hydrogen, nitrogen and carbon dioxide. Don’t be concerned about these particular gases, they are stench-free! Your fetid flatulence affliction is from a different source. About 1/3 of the microbes end up producing methane as a result of breaking down these sugars. Once the methane builds up to the point that it begins to produce pressure on your anal sphincter…. BAM!!! A release that allows kids everywhere to play the infamous “Door-knob, Safety” game. When you eat any food, your body has to process it. You can think of your digestive tract, that path between your mouth and your anus, as a system that is essentially outside of your body, just contained within it. It’s the job of your digestive system…(more) 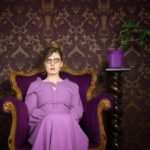 Sadie Hawkins’ renown, which evolved into an American folk-holiday in some places, doesn’t really originate from a dance, but rather from a race, as we shall soon see. Sadie was the product of the fertile imagination of cartoonist Al Capp. She was a character in his popular cartoon Lil’ Abner, set in the hillbilly town of Dogpatch, that began its wildly successful 40 year run in 1934. The way Al tells it, Sadie was the daughter of Hekzebiah Hawkins, one of the town’s first settlers, who had the dubious distinction of being the “homeliest gal in all them hills.” After waiting not-so-patiently for 15 years for a suitor to show up at her door, not a single prospective husband arrived to court her. With each passing year, Sadie became more and more panicky, as did her father, who did not relish the idea of supporting a spinster daughter for the rest of her days…(more)