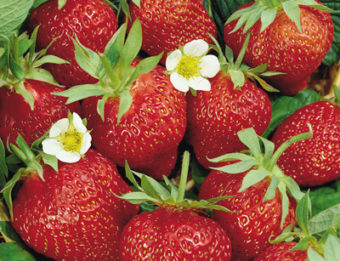 Strawberries are not berries. They actually are an example of an “aggregate fruit”, forming from a flower that has many ovaries; the ovary being the part of the flower that eventually develops and ripens into a fruit. Once the ovaries are pollinated, the ovaries will swell and eventually form the strawberry as we think of it.