June 26, 2016 Dusti
This is a weekly wrap of our popular Daily Knowledge Newsletter. You can get that newsletter for free here. 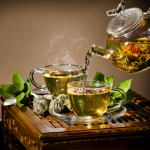 There’s a rather persistent idea that “reboiling” water (i.e. boiling water two or more times and allowing it to cool in-between) while making a cup of tea is potentially harmful to your health, with some going so far as stating that regularly doing this even drastically increases your chances of getting cancer. The general reasoning behind why this is purportedly the case goes something like this: When we boil water, the chemistry of it changes, which is usually a good thing as it boils out volatile compounds and dissolves gases. This is why boiling water mostly ensures that it’s safe to drink. If water is left boiled too long or is reboiled, the chemical compounds change for the worst. By leaving your water to boil down, you’re actually concentrating many harmful chemicals instead of getting rid of them. The same…(more) 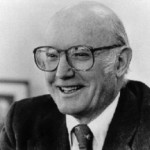 While it’s an incredibly convoluted system, the entire television industry is still basically controlled by Nielsen ratings. To this day, they have an immense impact on advertising dollars and the overall financial health of the companies that own television networks. From which TV shows are produced to how local news cover certain stories, the goal of everyone involved in television is to get viewers, which in theory, translates to ratings. It was over eight decades when the ratings system name bearer, Arthur Nielsen Sr., first made name for himself keeping track of what Americans bought at drug stores. Seven decades later, we are still using similar methods to keep up to date on people’s television watching habits. Here’s the history of the Nielsen ratings and the story of the man who still controls television to this day from the grave. Arthur Charles Nielsen was born on September 5, 1897 in Chicago to mathematician parents. Attending the University of Wisconsin, he graduated summa cum laude in 1918, captained his school’s tennis team and met his soon-to-be wife Gertrude with whom he would share his life with for the next 60 years…(more) 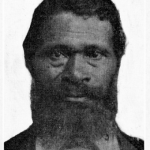 During the 19th century, there were many freed slaves that went on to lead extremely noteworthy lives despite all the adversity they faced in their lifetime, such as the world famous Frederick Douglass, who not only played an important role in fighting for black people’s rights, but also championed women’s rights, particularly playing an important part in the fight for the right for women to vote. Not everyone can be so accomplished as the great Frederick Douglas, but that doesn’t mean they don’t at times do noteworthy things. This brings us to the subject of today- one Jordan Anderson, a former slave who received a letter from his former master requesting he come back to work. Jordan’s reply was a deliciously satirical letter in which, when reading between the lines, he essentially told him in the most polite and eloquent way possible to kiss his derriere. Widely published throughout the United States and parts of Europe, the response made Jordan a media darling overnight…(more) 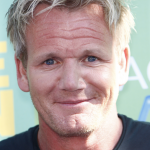 Thanks mostly to his famously explosive temper and natural affinity for the culinary arts, Gordon Ramsay has become a household name in the States and his native Britain. However, few people know of Ramsay’s extremely humble beginnings and that prior to becoming a multiple Michelin star holding chef and one of the wealthiest people in the world, he had a relatively promising career playing soccer. Born in Scotland in 1966, but ultimately raised in Stratford-upon-Avon (the birthplace of William Shakespeare) after his 5th birthday, Ramsay’s upbringing was pretty miserable. Growing up in government subsidized housing and living in constant fear of his alcoholic, abusive father, Ramsay has had precious little positive things to say about his childhood over the years. His father, along with being violently alcoholic, was also a noted womaniser who struggled to hold down a job, leading to Ramsay noting that there were occasions in his childhood he simply went without food…(more) 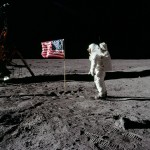 On July 20, 1969, Apollo 11 touched down on the moon. At 10:56 pm eastern standard time, Neil Armstrong accomplished another first. With the immortal words, “That’s one small step for a man, one giant leap for mankind,” (or something like that) Neil Armstrong became the first human to step foot on a major celestial object. Soon after, Buzz Aldrin joined Armstrong on the alien surface. The two of them spent the next two and half hours exploring, taking pictures, and collecting samples. Before they took off back to Earth, Apollo 11 left evidence of their rendezvous with the moon. Besides Armstrong’s boot print and a bunch of junk, the astronauts also planted a three foot by five foot nylon American flag mounted on a pole into the ground. Subsequent Apollo missions that made it to the moon followed suit…(more) 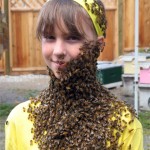 It turns out, scientists have figured out how to interpret a Honey Bee’s dance; a Honey Bees dance is where they communicate where to find food, a new home, and things of this nature.  Using this information, an experiment was done called the “Schafberg Experiment”, which was named after the mountain it was performed on.  The only source of food for a colony was placed on the far side of the mountain.  The bees could not fly over the mountain.  However, when they communicated where the food was to be found, they communicated this angle exactly across the mountain, relative to themselves, even though it was an angle they had never flown to the food source, but rather would have had to figure out in their head. Further evidence of this amazing ability and that they…(more) 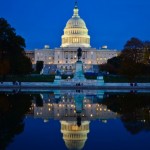 In its modern incarnation, the filibuster demands no personal and political sacrifice by an idealistic legislator who is willing to stand up for what he believes in (e.g., Mr. Smith Goes to Washington). Requiring neither speech, ideology or commitment, in today’s Senate if fewer than 60 senators are willing to first vote to stop debate on a bill (cloture), then one senator, alone, can just make a procedural motion that stops all voting on the bill. Rather than going through these motions, most often the bill is simply just not even brought to the floor, and no votes are ever taken (one senator from each party, known as a Whip, keeps track of how each member will vote on a bill before it is ever formally presented). Therefore, while it should only take 51 votes (50 if the Vice-President voted to break a tie) to pass a bill or confirm a nominee in the U.S. Senate, in reality, because of the threat of a filibuster…(more) 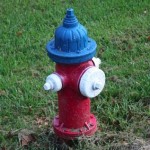 One of the first challenges that firefighters face when they arrive at a fire is finding a suitable water source that provides enough water for the type of fire they are fighting. Common sense tells us a car on fire will require much less water than a burning apartment building. There are formulas used by firefighters that will tell them approximately how much water is needed to fight a given fire (see bonus facts below). Fire hydrants are commonly color coded to indicate how much water a particular hydrant will provide. This allows for quick decision making when they are deciding which hydrant to access. Water supply for firefighting is rated in gallons per minute (GPM) available. In most urban and suburban areas, water supply is from a far away source such as a reservoir or lake. This water is pumped through a system of…(more)